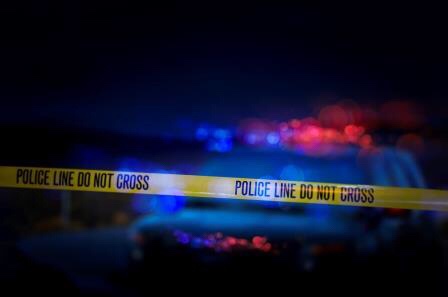 Vancouver, BC – Four people were taken to hospital after a stolen pickup truck slammed into parked vehicles moments after cops stopped a pursuit.

“Four people have been taken to hospital this evening for medical assessment following a multi-vehicle collision on Main Street involving a suspected stolen pick-up truck,” police said about the collision on Main and Prior on Saturday.

“Just after 5 p.m., officers using their lights and sirens attempted to pull over a suspected stolen pick-up truck on Main near Pender,” VPD said.

“The driver chose not to comply and fled south on Main. Out of concern for public safety, the officers made the decision not to pursue the truck.”

“A short time later, the pick-up collided with a white Ford Focus on Main Street at Prior before bouncing into vehicles parked along the east side of Main Street.

“The two occupants of the pick-up were arrested at the scene and then transported to hospital by ambulance for medical assessment.”

At least two other people involved in the collision were taken to hospital with what are believed to be non-life-threatening injuries.

Do not be seen with this dangerous teen – Abbotsford Police...