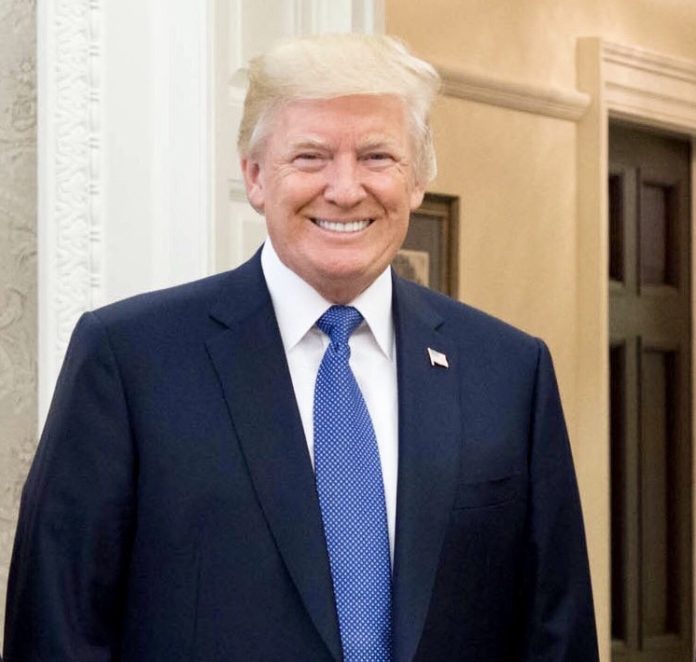 In an early morning tweet Sunday, the president added McGahn was talking with special counsel Robert Mueller’s team because he had authority to do so.

“The failing @nytimes wrote a Fake piece today implying that because White House Councel Don McGahn was giving hours of testimony to the Special Councel, he must be a John Dean type “RAT.” But I allowed him and all others to testify – I didn’t have to. I have nothing to hide……,” Trump said.

In a major article, the New York Times implied that McGahn was “collaborating” with the special counsel and had given away information that could be detrimental to Trump. The implication in the article was that McGahn had gone beyond cooperation to collaboration because he feared he could become trapped in an obstruction probe.

“….and have demanded transparency so that this Rigged and Disgusting Witch Hunt can come to a close. So many lives have been ruined over nothing – McCarthyism at its WORST! Yet Mueller & his gang of Dems refuse to look at the real crimes on the other side – Media is even worse!” Trump added in a second tweet Sunday.

As the likes poured in from his supporters, the president fired off another angry tweet.

“No Collusion and No Obstruction, except by Crooked Hillary and the Democrats. All of the resignations and corruption, yet heavily conflicted Bob Mueller refuses to even look in that direction. What about the Brennan, Comey, McCabe, Strzok lies to Congress, or Crooked’s Emails!”

In Tweet 4, Trump said: “The Failing New York Times wrote a story that made it seem like the White House Councel had TURNED on the President, when in fact it is just the opposite – & the two Fake reporters knew this. This is why the Fake News Media has become the Enemy of the People. So bad for America!”

“I allowed White House Counsel Don McGahn, and all other requested members of the White House Staff, to fully cooperate with the Special Counsel. In addition we readily gave over one million pages of documents. Most transparent in history. No Collusion, No Obstruction. Witch Hunt!” Trump tweeted earlier, on Saturday night.

In an article headlined “McGahn, White House Counsel, Has Cooperated Extensively in Mueller Inquiry” the newspaper suggested that, included in information supplied by McGahn, were intimate details of discussions between himself and Trump. This information would be valuable to Mueller, the article suggested.

“In at least three voluntary interviews with investigators that totaled 30 hours over the past nine months, Mr. McGahn described the president’s fury toward the Russia investigation and the ways in which he urged Mr. McGahn to respond to it. He provided the investigators examining whether Mr. Trump obstructed justice a clear view of the president’s most intimate moments with his lawyer,” the Times article claimed without citing names of sources.

‘Lord, just let me die’ she prayed from bottom of Missouri...