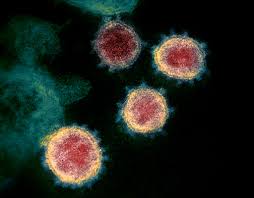 Vancouver – while the BC government has kept quiet about an upsurge of tested infections Vancouverite has learned 9 additional children below 10 have been added to the list of those infected with Covid-19.

BC reopened schools on June 1 saying it was safe to do so. However, Dr. Bonnie Henry says the surge has nothing to do with schools.

Dr. Henry stated a large family gathering that infected more than a dozen people included a number of children.

The gathering occurred inside and outside a building in the Fraser Region.

“Dr. Henry has confirmed that none of these new cases are related to schools – all of them are related to the family gatherings issue that Dr. Henry spoke about on Monday, June 8,” a spokesman said.

An examination of number of infected children published in surveillance reports by the BC Centre for Disease Control on June 1 shows only 28 children under 10 were listed as having been affected since testing began. The number of under 19 and over 10 infected was 52.

The latest surveillance bulletin issued by the BC CDC on June 11 shows the number of infected children under 10 has now been upped to 37.

The increases occurred over a period of time with more children added in surveillance reports day by day.

On June 3 there were 32 under 10s infected while infections in children aged 10-19 went up to 54. (There may have been data corrected by one for June 5 report.)

The government did not issue any statement about new infections in children during press conferences and press releases issued five days a week.

“The majority of the new cases, as you’ve said, are in Fraser Health and they are all linked in various ways to known outbreaks. One of them being one of the long-term care facilities, but also to a cluster that I’ve mentioned with a family gathering where there was unfortunately transmission in a fairly large number of people in a couple of family gatherings.

The age range of 10 to 19 is broad and not broken down further to determine if the 7 new infections occurred in school aged children.

The June 11 BC CDC surveillance report does not show an increase in hospitalizations for this age group. The figure for children under 10 being hospitalized remains at 2.

No deaths have been reported among young people in BC.

During daily briefings Dr. Bonnie Henry and Health Minister Adrian Dix do not provide additional information about daily infection numbers except on rare occasions when asked.

Only One-third of parents sent their children to schools, even though Premier Horgan said: “We would not be making these announcements if we thought there was an undue risk.”

There is still no sign that school for the smaller than normal attendance has caused health issues. However, the positive tests once again demonstrate that children do get infected. In BC the percentage of children infected remains at 3%.

Of the 14 overall infections reported on June 14, 6 were in Vancouver Coastal Health. 8 were reported to be in Fraser Health.