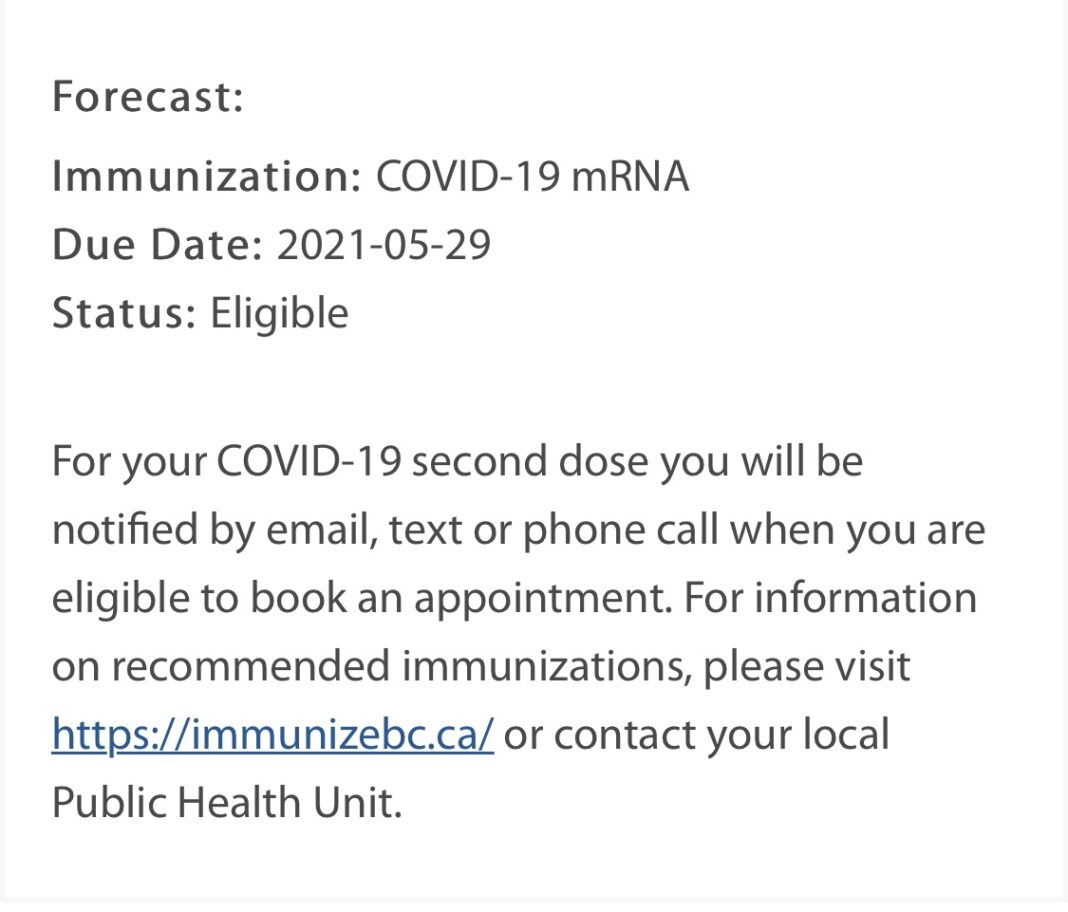 Vancouver – Call centres received notifications from health authorities not to book appointments by phone until people have an official invitation.

On Sunday thousands of BC folks noticed their timeline for second vaccine dose had been moved much closer than previously anticipated 3 months between shots.

This change was apparent on the online Health Services app.

Some were notified of dates going back to May 6, making them believe they were late for their shots already.

Others received updated eligibility status that was ahead by more than six weeks prior to former eligible date forecast for their second dose as figure below shows.

A call attendant at BC’s vaccine centre said public health had issued new guidelines Monday afternoon that no bookings should be done without a prior invitation.

“The guidelines were changed a couple of hours ago – it seems like there was a glitch in the system,” she said.

There are indications that BC will provide vaccine second doses ahead of the planned 16-week wait.

Several studies have pointed to reduced efficacy with a single shot of either mRNA vaccines or AstraZeneca.

BC is currently only using Pfizer or Moderna following concerns about a blood clotting problem that has affected several.

A decision has not been finalized on whether those who got AstraZeneca as first shot will also get it as their second dose or whether they’ll be able to mix and match with mRNA vaccines.