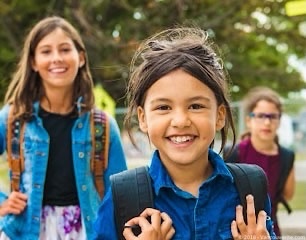 Burnaby – Back-to-school discussions are raging across Canada as provinces announce their plans for September.

There has been an explosion of response from both teachers and parents since then.

Please note that I desperately want to be able to teach my students in person, to get to know them, help them learn and grow, and contribute to the community with the job that I know and love.

However, this is a pandemic. And as such, sufficient safety measures should be in place to ensure that everyone is safe, the same way that other professions have had. But BC’s safety provisions for schools are vastly different and are contradictory compared to the provisions for other sectors.

What are these discrepancies?

First, the number of contacts allowed is much larger than the provincial recommendation of “no gatherings of more than 50”.

For a family that has several students in the system, that means their contact bubble has suddenly grown from 10 to literally hundreds; several hundreds if their parents are also in the education system.

Second, there can be no physical distancing when 22-30 students are packed into a classroom.

My classroom will only fit 12 desks distanced at 2m apart, with the last row unable to see the board or hear well because they are at the very back wall.

But the plan is demanding full capacity for the buildings, K-12. That means my class would probably be between 27-30 students, my usual class size.

The same numbers apply to high schools, whose rooms are also at capacity in a normal year.

Many schools are so full that they have portables dotting their fields. How is it that stores and restaurants have clear distancing guidelines, but schools don’t?

Third, the plan ignores the fact that the COVID-19 virus is so difficult to contain because of asymptomatic/pre-symptomatic aerosolized spread.

This happens especially in indoor situations, with poor ventilation, and when people are exposed to each other for extended periods of time. There are numerous scientific studies that document this, and lots of evidence from trusted sources.

Yet BC schools are poorly set up to mitigate the “indoor problem”.

Some rooms do not have windows that open, and those that do would be uncomfortably cold for the majority of the school months.

Years of underfunding have led to infrastructure that is well behind other workplaces. Compare that to a hospital, which must have carefully monitored and controlled indoor environments.

Fourth, the plan’s stance on face coverings, or masks, is weak. It is now commonly known that a face covering is essential to mitigate spread when physical distancing cannot happen, especially indoors.

Yet BC’s plans for schools says that “PPE is not needed for most staff” and that “wearing a non-medical mask or face covering is a personal choice.” ( Ontario’s plan calls for mandatory masking for grades 4 to 12.)

In comparison, children in Asian countries have universally worn masks without issues, and those countries have been able to keep their case numbers low.

This virus does not care about personal choice; it takes the easiest route to infect others, and wearing a mask helps to prevent that.

Fifth, BC’s back-to-school plan ignores the evidence of outbreaks among children, including at daycares, summer camps and schools in other countries.

The CDC report on the Georgia summer camp incident that led to hundreds of infections among children, including 6-10 year olds, is of particular concern.

There, the adults wore masks but the children didn’t, proving that child-to-child transmission was the main driver of the outbreak.

Sixth, the funding for this plan is paltry at best.  BC’s education funding has been consistently lower than the rest of the country for almost 2 decades now.

It has trended from $1000-$1800 less per student than the national average for 18 years, and that is in non-pandemic times.

The $45.6 million given to implement this plan works out to about $80 per student more.

That does not even come close to closing the gap that other provinces spend. Funding to the national average could pay for much better safety measures.

As an elementary teacher, I am outraged at this plan.  I am angry that the announcement contained a completely different “Stage 2” than was revealed in May, a change that was a complete surprise to teachers and school districts and was not discussed in the working groups that the Ministry set up for consultation.

I am angry that the government is putting students and school staff members at risk by mandating that all school buildings be at full capacity.

I am angry that parents now have to wrestle with the impossible question of whether to send their child back to school under these conditions.

I am angry that teachers and other school staff members must enlarge their bubble, without protections, way beyond what other workers have been expected to.

I am angry that there is a clear double standard when it comes to safety provisions for children and school staff versus other professions and workplaces.

And I am angry that the growing body of scientific evidence for how this virus behaves and sometimes leaves long-term health effects is being downplayed or ignored.

I am very active on social media so I am aware of the concerns that many teachers and parents are feeling with this announcement. I know that I am not alone in expressing the concerns above.

There are safer ways to reopen schools, as evidenced by jurisdictions that have set caps on class sizes to 15, for example, or employed a hybrid model of part-time in class and part-time remote learning. Mandating masks, fixing ventilation issues, and installing washing stations for all rooms that do not have a sink would also help.

And limiting the occupancies of school buildings by utilizing other community spaces would prevent overcrowding.

I hope that the BC government and the provincial health office take the concerns of teachers and parents into consideration, engage in meaningful consultation with teachers, and change the plan, before BC becomes the poster child for outbreaks once school reopens in September.

The cost-benefit of reducing or avoiding the expected “second wave” by being prudent would be well worth it to society. Why take the risk?