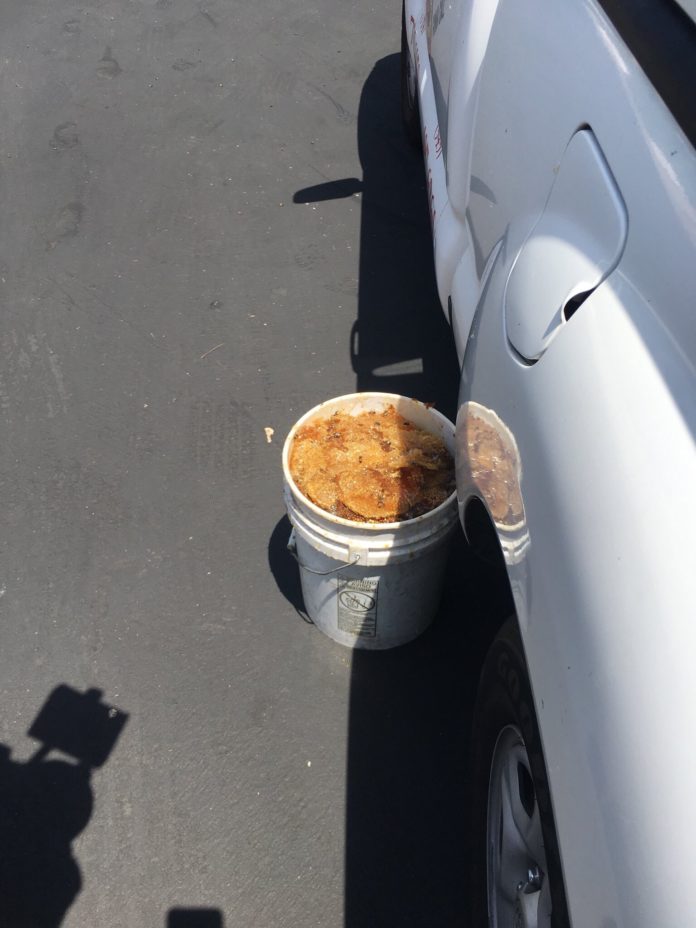 In a scene resembling a horror movie, the woman was entirely covered with bees.

Orange County Fire Authority officials said she was attacked after she got out of her car which she parked near some bush.

A massive beehive was hidden in the bushes, a public relations officer with OCFA said in a media statement.

“At 10:23 am, OCFA firefighters responded to a reported bee sting. When they arrived they encountered a large swarm of bees,” said the OCFA officer.

“Three patients have been transported to the hospital – one civilian and two firefighters. Streets around the 2300 block of Buckland Lane are closed.”

Both firefighters transported to the hospital for multiple bee stings were treated and released. They both chose to return to work immediately.

The woman victim’s son told authorities that his mother was doing better overnight and is expected to survive.

Other media reports said firefighters turned an extinguisher on to the swarm and moved the woman covered in bees away from the swarm.