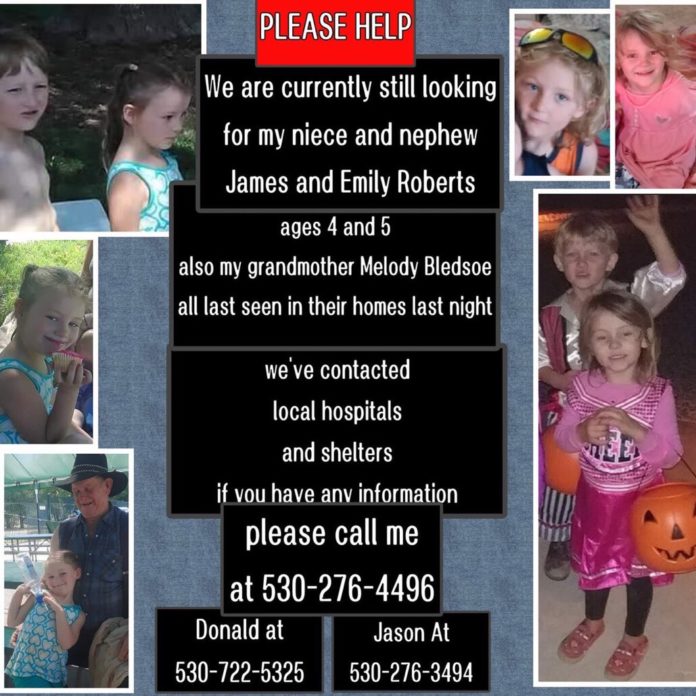 Redding, California – Desperate family members who had been searching for two little children and their great-grandmother now report all three perished trapped inside their burning home.

At least 11 other civilians are missing while authorities confirm two firefighters have died in a raging fire that has burned 80,000 acres and forced 38,000 to evacuate.

“My kids are deceased, that’s all I can say,” Sherry Bledsoe, told a Sacramento Bee reporter as she left the sheriff’s office.

Dead are Melody Bledsoe, 70, and her grandchildren James Roberts, 4, and Emily Roberts, 5.

The family had been desperately posting pictures of all three, calling shelters around Shasta County for the past 48 hours before getting confirmation they weren’t able to get out of their home despite making urgent calls for help. 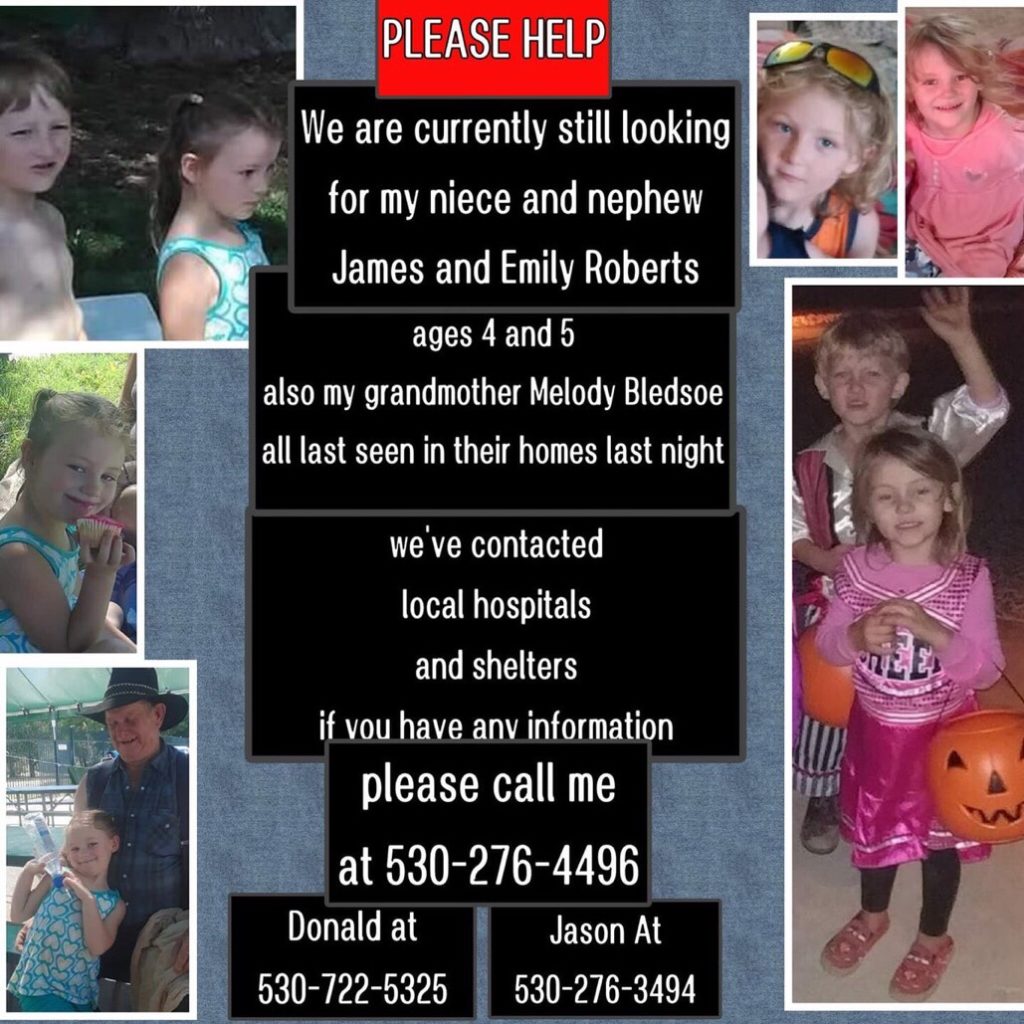 More mandatory evacuations were ordered on Saturday. The blaze which is forming fiery tornadoes of flames is now doubled in size to 80,000 acres and racing past the city of Redding, home to 90,000 people.

Some 38,000 have been evacuated including the city of Shasta Lake.

Approximately 5,000 personnel have been deployed along with aircraft but the latest report shows it’s only 5 per cent contained.