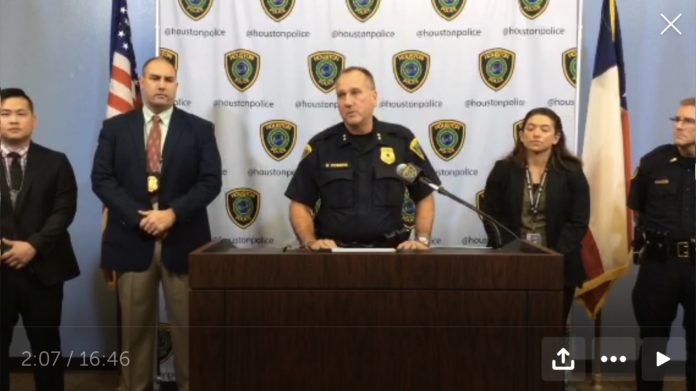 Houston, Texas – A three-year-old boy has died after being forgotten inside a school bus.

Dobbins said a chaperon and a driver had accompanied children from Discovering Me Academy Daycare to a field trip in a park where they engaged in activities such as “finger painting.”

The bus returned to the daycare at around 2.30 pm and the chaperon, driver and children disembarked.

But little Raymond Prior was forgotten inside the bus and not missed until the boy’s father came to pick him up at 6 p.m.

A search began and the boy was found inside the bus suffering from heat exhaustion.

The boy was treated at the scene by paramedics and rushed to hospital shortly after 7 pm but died within minutes of admission.

“This affects all of us. We all have children. We all have to be aware of both children and elderly that we might leave in vehicles. This is just one more incident where something that shouldn’t have happened, happened,” said Dobbins.

In a video of a press conference posted on Twitter, the assistant chief said the results of the investigation will be handed over to the district attorney who’ll present evidence to a grand jury.

It’ll be up to a grand jury to indict or not.

The daycare closed after the child death.