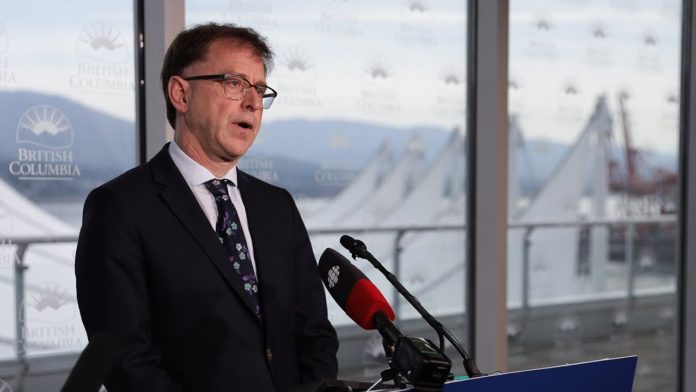 The outrageous, racist game allegedly played in emergency rooms has prompted Health Minister Adrian Dix to set up an independent investigation of the complaints made by the BC Association of Aboriginal Friendship Centres.

“The winner of the game guesses closest to the BAC – without going over.”

“Métis and Inuit patients seeking emergency medical services in British Columbia are often assumed to be intoxicated and denied medical assessments, contributing to worsening health conditions resulting in unnecessary harm or death,” they said in a statement.

“Participants within the San’yas Indigenous Cultural Safety Training program detail thousands of cases of racism in healthcare, resulting in the harm of Indigenous patients.”

“There remains a lack of will to address systemic and specific racism towards Métis, First Nation and Inuit people,” Varley said.

“We know that our people avoid hospitals because we are afraid of having a discriminatory encounter. This happens to the point where Indigenous people end up in emergency with extreme diagnosis, like cancer.”

The stunning allegations prompted Dix to hold a press conference.

“Last night, I was made aware of serious allegations of racist and completely abhorrent practices in an emergency room or emergency rooms in B.C.” said Dix.

“If confirmed, this conduct is beyond unacceptable. The allegation is that a game was being played to guess the blood-alcohol level of patients in emergency rooms, with Indigenous peoples and perhaps others.”

“If this is true, it’s intolerable, unacceptable and racist. Actions like this profoundly affect patient care. This requires, in my view, an immediate and swift response,” he added.

“I contacted Mary Ellen Turpel-Lafond and asked her to lead the investigation of this issue. I think she has the credibility to do that and will do an excellent job. Foundational to our ongoing work of reconciliation are the voices of Indigenous leaders.

Mary Turpel-Lafond is a prominent lawyer, a former judge,  and a BC advocate for children. She is highly respected.

“I consider these allegations to be very serious and we have to assess the facts, and that requires an investigation to take place. And I know we must also take action.

“As an independent investigator, Ms. Turpel-Lafond will work to determine the facts of these specific allegations. We need to get to the root of these problems, and that begins with an understanding that racist attitudes and actions have a real and devastating impact on health outcomes, creating trauma that can affect generations. She will help determine the prevalence of these attitudes and actions at a systemic level in our health-care system.

“Everyone who comes to our hospitals deserves and should be able to expect access to respectful and culturally safe care,” said Dix.

Provincial Health Services Authority and heads of BC health regions joined in to condemn racism in the healthcare system.

“We were recently made aware of a report of an unacceptable, racist practice that may be occurring in emergency departments in B.C.” PHSA said in a statement.

“If true, this activity would be evidence of systemic racism and discrimination, underscoring the significant health disparities Indigenous people in our province experience.”

Ottawa stands its ground on human rights – Saudis to relocate...