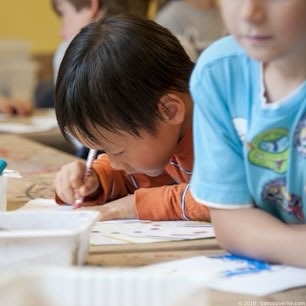 Vancouver – Schools are critical for child development but should not be reopened without mandatory masking among kids and teachers.

“The evidence for masking is gotten much clearer—masks are effective and without significant side effects,” said Katherine Auger, a pediatrics professor at Cincinnati University College of Medicine.

She’s the corresponding author of a new study published by JAMA that showed school lockdowns resulted in lower incidents of infections and mortality in various states.

“All children and adults in schools should wear masks. There are almost no medical reasons not to wear a face covering,” she said in response to questions sent to her by email.

“Widespread testing in schools with rapid turnaround can also be helpful,” Auger added.

She’s also emphatic that children get and spread infection, a fact stated by the CDC over the weekend.

“Given the findings from our study regarding the association of school closure and lower numbers of COVID cases and deaths coupled with the emerging data regarding child transmission, public health officials must vigilantly monitor COVID cases in the community as schools reopen,” she added.

“Schools should implement universal masking for all individuals greater than 2 years,” Auger added.

“Increasing physical distance within schools, and increase in frequency of hand washing and surface cleaning.”

“Children do transmit the virus to other children and adults,” she said.

She said science has still lots to learn about Sars-CoV-2 which causes Covid-19 and many of these questions about child transmission need clarification.

129 of Canadian children had to be admitted to hospital and 26 were so severely ill they were cared for in ICU. 1 female child died.

In BC where very low infections have been found because of poor testing, 204 under 19s were infected with 64 of those infections in children under 10. 140 Covid-19 cases were among 10-19 year olds.

BC infection rate among children shot up from the beginning of June to the end of July, rising from 3% to 6%.

The reason for the escalation is not clear and Dr. Bonnie Henry has blamed this on family clusters.

During classes held in June, two schools shut down after teachers tested positive.

The US has the highest detected number of infections and deaths.

Covkids – an organization keeping tack of infections in children – says officially 390,588 children have been infected. But it says it estimates at least 2.34 million children had Covid-19.

972 children have been in ICU with 93 deaths across the US.

School openings have led to some major outbreaks elsewhere.

* France reopened schools in May but 70 teachers and students got infected within days. Also a 9-year-old died from MIS-C. At that time France had 125 children with the syndrome. France closed some schools soon after reopening.

* One widely studied outbreak in schools was in Israel. Schools reopened after a two-month shutdown. Within days one student and then a second student tested positive. This promoted mass testing. 153 students and 25 staff members were confirmed as COVID-19-positive.

Symptoms were varied from cough to fever. The outbreak occurred after Israeli authorities waived masking requirements for 3 days because of a heat wave. See epidemiology here.

* A Georgia camping incident prompted the CDC to issue a statement that there’s mounting evidence children of all ages get infected and soread Covid-19 efficiently. 597 teens and teachers along with teenaged guides had a sleepover in 31 cabins. A teen guide was sent home with chills and tested positive.

The CDC noted: “This investigation adds to the body of evidence demonstrating that children of all ages are susceptible to SARS-CoV-2 infection and, contrary to early reports, might play an important role in transmission.

“The multiple measures adopted by the camp were not sufficient to prevent an outbreak in the context of substantial community transmission.”

* Two new studies reported on by Forbes stated that children are efficient drivers of the pandemic and those under 5 have ten to 100 times more virus concentrations in their upper respiratory tract. The Forbes report relies on a study conducted in a Chicago hospital and another study from Italy.