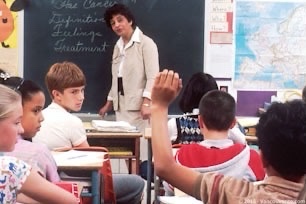 Vancouver – Evidence is mounting that children of all ages get as easily infected by Covid-19 and transmit as efficiently as adults, says the US CDC.

129 of Canadian children had to be admitted to hospital and 26 were so severely ill they were cared for in ICU. 1 female child died.

In BC where very low infections have been found because of poor testing, 204 under 19s were infected with 64 of those infections in children under 10. 140 Covid-19 cases were among 10-19 year olds.

This represents 6 % of total BC infections.

Three were admitted to hospitals in BC – 2 of those were under 10.

Several US studies and incidents now establish that children get infected as readily as adults.

The US CDC studied a case of 587 children in Georgia who participated in overnight camping.

The children were aged 6 to 19. Supervising staff ranged in age from teens to people in their 50s.

An outbreak of Covid-19 occurred in the camp with test results available for 344 of these.

Attack rates increased with increasing length of time spent at the camp, with staff members having the highest attack rate (56%) – according to CDC.

“These findings demonstrate that SARS-CoV-2 spread efficiently in a youth-centric overnight setting, resulting in high attack rates among persons in all age groups, despite efforts by camp officials to implement most recommended strategies to prevent transmission,” CDC concluded.

“Asymptomatic infection was common and potentially contributed to undetected transmission, as has been previously reported.

“This investigation adds to the body of evidence demonstrating that children of all ages are susceptible to SARS-CoV-2 infection and, contrary to early reports, might play an important role in transmission.

“The multiple measures adopted by the camp were not sufficient to prevent an outbreak in the context of substantial community transmission.

“Relatively large cohorts sleeping in the same cabin and engaging in regular singing and cheering likely contributed to transmission.

“Use of cloth masks, which has been shown to reduce the risk for infection, was not universal.”

“Physical distancing and consistent and correct use of cloth masks should be emphasized as important strategies for mitigating transmission in congregate settings.”

Meanwhile, a study published in JAMA on July 29, shows infections and mortality were reduced by states that closed schools.

The study is titled: “Association Between Statewide School Closure and COVID-19 Incidence and Mortality in the US.”

School closure timing is often stated as a reason for lower incidents of infection in BC by Dr. Bonnie Henry.