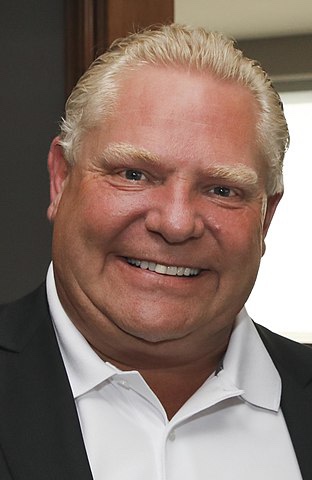 Toronto – Disgusted Ontario Premier Doug Ford wants to throw the book at 200 ‘yahoos’ who gathered to party at a Brampton home.

He wants a fine of $100,000 under the emergency act after cops and bylaw officers moved in to clear the crowd.

The region is still in Phase 2 of opening because of high case counts and only 10 people are allowed in a gathering.

Police said the homeowner had made elaborate arrangements including security and valet parking as well as erected barriers to prevent people looking in through the fence.

not the party I called in last night, but I really would like to know what is in the water in Brampton…literally the Florida of Canada when it comes to COVIDIOTS. https://t.co/0pDW8whqDK

But curious neighbours raised an alarm when they counted over 100 cars at the scene and reported it.

A bylaw officer issued a ticket for $880 but Ford wants to collect $100,000 by snaring them under the emergency act.

He said people are eager to move into phase 3 but progress stops when “you get a bunch of jokers.”

“Throw everything and the kitchen sink at them,” he said. “You would think the cheese slipped off the cracker with these people.”

The Mayor of Brampton Patrick Brown also blasted the host saying the recklessness can’t be tolerated.