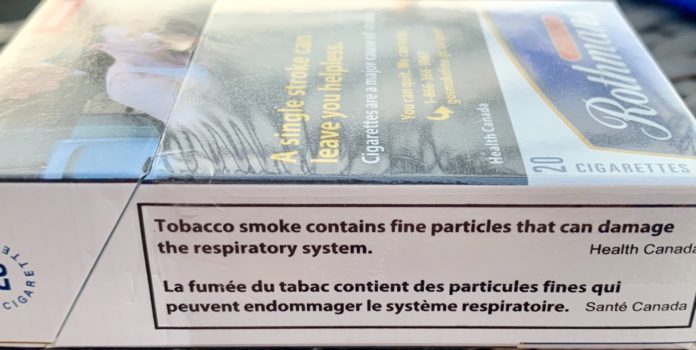 Scientists at Scripps Research have successfully tested a potential new smoking-cessation treatment in rodents. And human trials are next.

In a study published online in Science Advances on Oct. 17, 2018, the scientists gave nicotine-dependent rats an engineered enzyme that breaks down nicotine in the bloodstream before it can reach the brain.

Treatment quickly reduced the animals’ motivation to take nicotine, reversed their signs of nicotine dependence, and kept them from relapsing when they were given access to nicotine again.

“This is a very exciting approach because it can reduce nicotine dependence without inducing cravings and other severe withdrawal symptoms, and it works in the bloodstream, not the brain, so its side effects should be minimal,” said principal investigator Olivier George, PhD, associate professor at Scripps Research.

Nicotine dependence is what keeps tobacco smokers smoking despite all the harm it does to their health. Researchers estimate that about 60 percent of the people who try cigarettes end up as daily smokers—and about 75 percent of daily smokers relapse after quitting.

Reversing nicotine dependence by preventing the nicotine in tobacco smoke from reaching the brain has long been considered a promising strategy. However, prior efforts have not yielded drugs that reduce blood levels of nicotine enough to be effective.

The enzyme tested in this study, NicA2-J1, is a version of a natural enzyme produced by the bacterium Pseudomonas putida. It was modified—to optimize its potency, its staying time in the blood, and other pharmacological properties—by the laboratory of Kim Janda, PhD, the Ely R. Callaway, Jr. Professor of Chemistry at Scripps Research. Studies published in the past several years by Janda and colleagues have shown that NicA2-J1 strongly reduces blood levels of nicotine in rodents, and it is effective in a simple rat model of nicotine dependency.

For the new study, the researchers tested the enzyme in more sophisticated animal models, developed in George’s laboratory, which better mimic human smokers’ addiction to nicotine.

For one set of experiments, lab rats spent 21 hours of every day, for 12 days, in a chamber where they could press a lever to give themselves an intravenous infusion of nicotine. In this way they learned to self-administer nicotine, and became dependent on it. After the 12 days they were given access to nicotine only every 48 hours, which led them to experience withdrawal symptoms between access periods, and to escalate their intake—a classic sign of deepening addiction—whenever they regained access.

Animals treated with the highest dose of NicA2-J1 (10 mg/kg) continued to self-administer nicotine when they could, but showed very low blood levels of the molecule compared to controls that did not receive the enzyme. Signs of nicotine withdrawal, such as susceptibility to pain and aggressive behaviors, were correspondingly reduced during the no-access periods, compared to untreated controls.

“It’s as if they were smoking 20 cigarettes but receiving the nicotine dose of only one or two, so that made their withdrawal process much less severe,” says study first author Marsida Kallupi, PhD, a postdoctoral research associate in the George Laboratory.

Surprisingly, even the acute effect of NicA2-J1 on the nicotine-taking rats was benign. Typically when an animal is highly nicotine dependent, receiving a drug that suddenly blocks all nicotine activity will trigger withdrawal symptoms right away. “It’s like quitting ‘cold turkey’—the subject will feel horrible,” George said.

“However, what’s unique about this enzyme is that it removes enough nicotine to reduce the level of dependence, but leaves enough to keep the animals from going into severe withdrawal.”

One of the other hallmarks of nicotine dependence is the continuation of nicotine-seeking despite serious adverse consequences—consequences that for human tobacco-smokers include short-term impairments of lung function and physical fitness, plus longer-term risks of cancers, heart disease, stroke, and many other ailments. George, Kallupi and colleagues showed that NicA2-J1 could reduce this compulsive motivation for nicotine in the addicted rats. When each lever-press for nicotine also brought a 30 percent chance of receiving an electric shock to the feet, the NicA2-J1-treated rats—unlike untreated controls—quickly reduced their lever presses.

The scientists modeled yet another key aspect of nicotine dependence, the susceptibility to relapse after abstinence: They took the rats off nicotine for 10 days, then gave them an injection of nicotine to re-awaken their desire for the drug, and restored access via the lever-presses.

Untreated rats who were primed this way increased their lever presses by a large amount—NicA2-J1 treated rats much less so. The same beneficial effect of NicA2-J1 was seen when the researchers triggered relapse with a stress-inducing drug, mimicking the way that stress causes relapse in humans.

With such promising results in preclinical tests, the Scripps Research team now hopes to take NicA2-J1 into clinical trials in humans. Prior to that, the scientists will do further work to optimize NicA2-J1’s properties as a drug. They also plan to test it in rats against varenicline (Chantix), a compound that blocks nicotine activity in the brain and is currently viewed as the most effective smoking-cessation drug.