A $100 million wrongful death lawsuit alleges that the Jim Pattison-owned Ripley’s was using duck boats that were death-traps.

The lawsuit filed in district court in Missouri on behalf of two members of a family of nine who died when the amphibious boat sank in high waves in Branson alleges that several plaintiffs neglected warnings that canopies on top of duck boats were a danger to life.

In a previous fatal incident the National Transportation Safety Board said people were unable to escaped from a sinking boat because they were trapped by the canopy.

The report also concluded that “the natural buoyancy of the passengers’ bodies forced them into the overhead canopy, which acted like a net to entrap them and to prevent their vertical escape,” the lawsuit states.

A total of 17 people died when they went down to the bottom of the lake in Branson just a half hour after a severe weather warning was issued.

The lawsuit says the boat’s captain tried to beat the incoming bad weather by changing plans and entering the water prior to a land tour.

“This tragedy was the predictable and predicted result of decades of unacceptable, greed-driven, and willful ignorance of safety by the Duck Boat industry in the face of specific and repeated warnings that their Duck Boats are death traps for passengers and pose grave danger to the public on water and on land,” the suit said, noting that duck boats have been involved in dozens of fatal accidents.

1. On July 19, 2018, seventeen people had their lives tragically and horrifically taken from them when the Ride the Ducks Stretch Duck 07 Duck Boat sank to the bottom of Table Rock Lake in Branson, Missouri.

2. As Stretch Duck 07 sank, the canopy of the Duck Boat entrapped passengers and dragged them to the bottom of the lake with the Duck Boat.

3. On that day, Defendant, Ripley Entertainment, Inc. (“Ripley”), operated Stretch Duck 07 and recklessly risked the lives of its passengers for purely financial reasons.

4. Despite being aware of impending severe weather conditions, Ripley intentionally decided to take the Duck Boat out onto Table Rock Lake instead of cancelling the tour and refunding the patrons’ money.

5. Stretch Duck 07 was designed and manufactured by Defendants, Ride the Ducks, International, LLC, Ride the Ducks of Branson, LLC, Herschend Family Entertainment Corporation and/or Amphibious Vehicle Manufacturing, LLC. These Defendants will be collectively referred to as “RTDI”, unless otherwise indicated.

6. This tragedy was the predictable and predicted result of decades of unacceptable, greed-driven, and willful ignorance of safety by the Duck Boat industry in the face of specific and repeated warnings that their Duck Boats are death traps for passengers and pose grave danger to the public on water and on land.

7. Prior to this catastrophe, the Duck Boat industry knew that their Duck Boats were entirely unfit to be used for any purpose and had previously been responsible for dozens of deaths.

8. Prior to killing seventeen people in Branson, injuring fourteen others, and ruining the lives of countless more, Defendants had been told that design flaws in the Duck Boats made them more susceptible to sinking.

9. On numerous occasions before July 19, 2018, Defendants were warned that the canopies used on their Duck Boats were dangerous and created death traps for passengers in the event of emergency.

10. For two decades, Defendants had been repeatedly told to change the design of their Duck Boats to make them safer, but they entirely ignored these warnings.

11. As recently as August 2017, Defendants were again warned that the dangerous design of their Duck Boats put their vessels at risk of sinking.

12. Upon information and belief, in August 2017, prior to purchasing the Branson operations of RTDI, Ripley hired an inspector, Steven Paul, to inspect the Branson Duck Boats.

13. Defendants were told by Steven Paul that their Duck Boats’ engines and the bilge pumps that remove water from their hulls might fail in bad weather due to the improper placement of the boats’ exhaust system.

14. Defendants did nothing in response to these warnings.

15. Despite the fact that Defendants knew their Duck Boats were unfit to be used

even in ideal conditions, on the date of this catastrophe, Defendants’ greed caused them to ignore severe weather conditions that demanded they cancel all trips scheduled for their Duck Boats.

16. Despite countless explicit warnings, Defendants repeatedly chose to value profits over the safety of their passengers, and sent Stretch Duck 07 and thirty-one people out on Table Rock Lake on July 19, 2018, where the vessel took on water and sank to the bottom of the lake, dragging seventeen innocent victims to their avoidable deaths and causing life-altering injuries to the fourteen passengers who survived.

Among those being sued are Ripley’s, Ride the Ducks, the previous owners and the designer of the amphibious vehicles. The lawsuit also aims to get duck boats banned.

Jim Pattison Jr had told a US TV station the boat should not have been in the water based on an imminent threat of bad weather.

A bad weather warning was issued a half hour prior to the disaster. 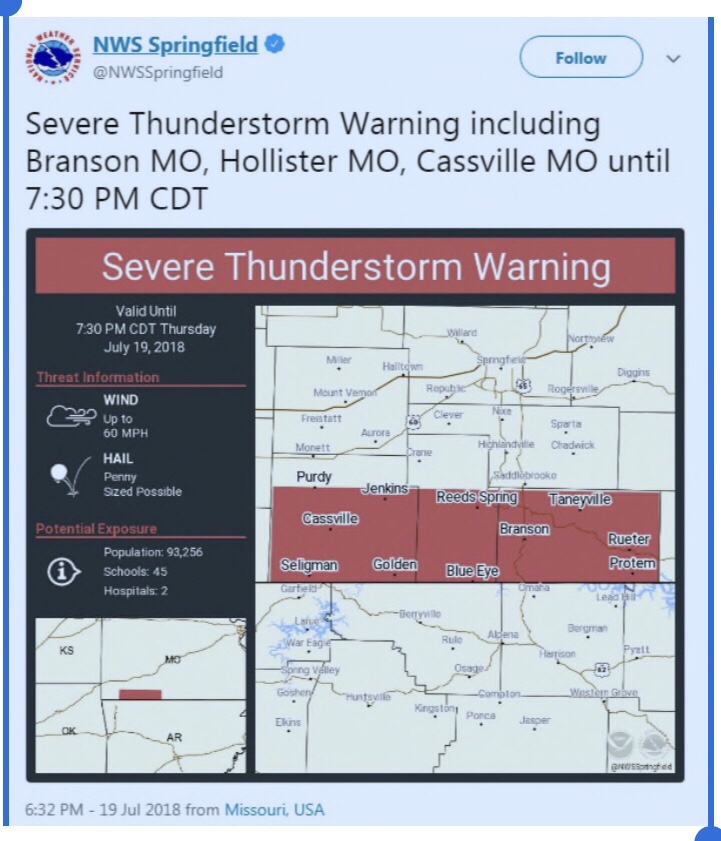 ‘Lord, just let me die’ she prayed from bottom of Missouri lake

Interstate 5 is open as Delta Fire continues to grow