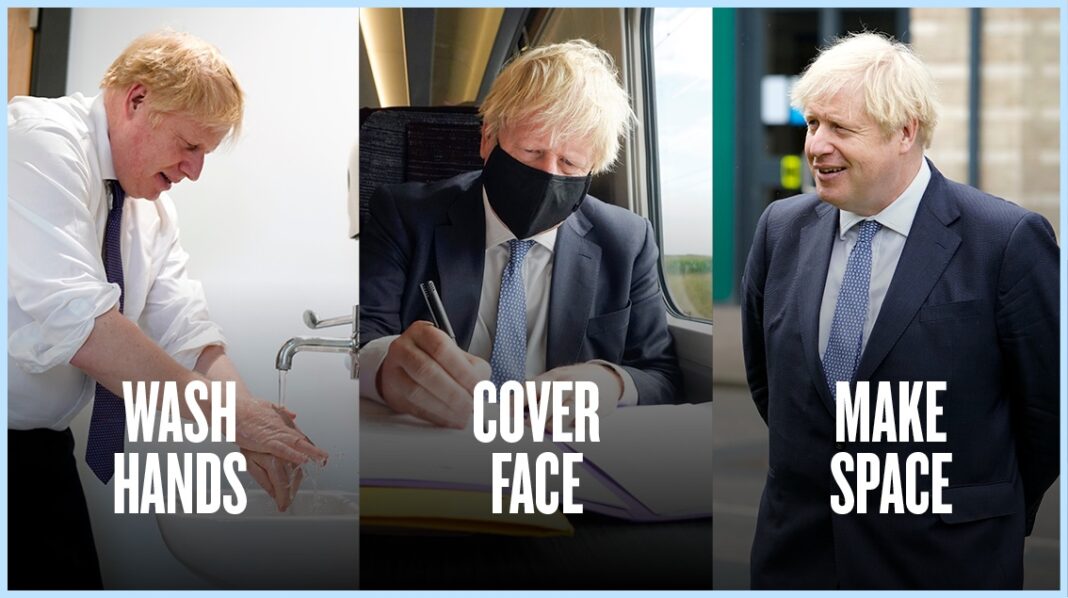 Speaking during a live press conference Johnson said the dashboard light was indicating red, and openings of places such as casinos will be put off until mid August.

He also imposed restriction on people living in greater Manchester and nearby areas where Covid-19 spread is greater. People can no longer visit each other at home.

Restrictions on gatherings remain in place and he said that could mean people might have to cancel wedding plans.

Mandatory masking in additional areas such as places of worship will begin as of August 8. It’ll be enforced. Currently a fine of £100 is levied for violations for not masking in stores. 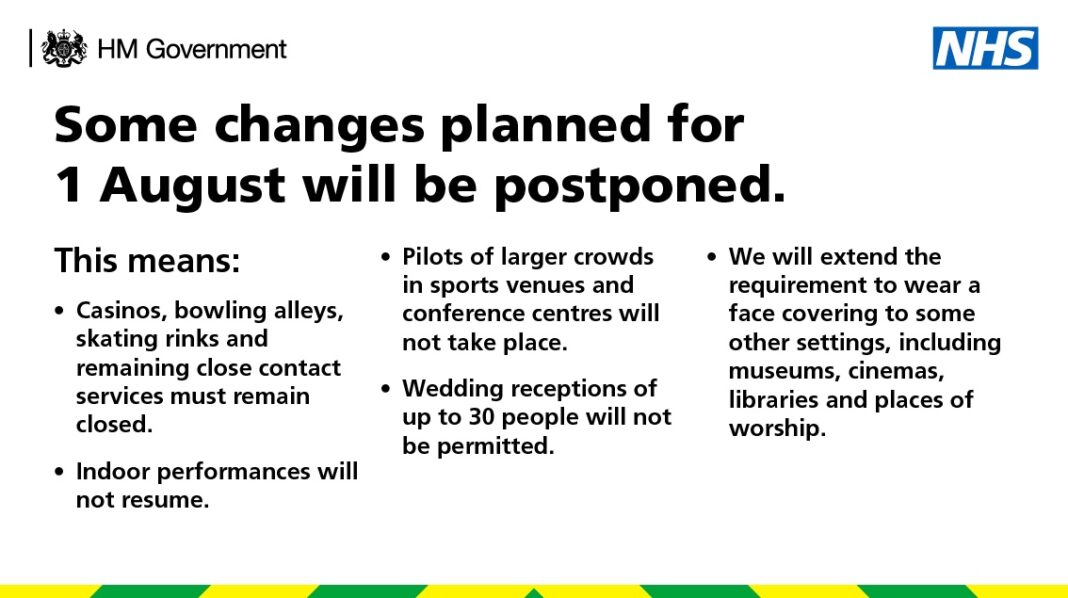 The office of national statistics said over 8 in 10 adults (84%) who have left their homes have worn a face covering to slow the spread of the coronavirus (COVID-19) – an increase from 71% last week and 61% the week before.

Over half of adults (57%) said they strongly supported the mandatory wearing of face coverings in shops and supermarkets.

Johnson said action was needed now to stop the spread. He said social interaction had reached capacity and further opening would lead to spread.