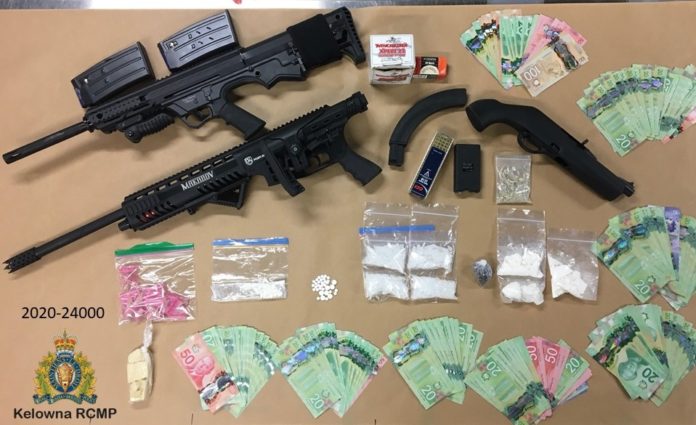 Also seized as proceeds of crime are a luxury travel trailer, watercraft and an expensive vehicle, Cpl. Jocelyn Noseworthy said.

“The residences were located in the 3200-block of Deer Ridge Court, and 3000-block of Sundance Drive.”

“Police seized a quantity of substances believed to be fentanyl, methamphetamine, cocaine, as well as three firearms, a Conducted Energy Weapon and thousands of dollars in cash.

“Also seized in relation to proceeds of crime was a luxury travel trailer, a Seadoo personal watercraft, and a luxury vehicle.”

A 33-year-old man was taken into custody and later released. Public Prosecution Service of Canada will decide on charges.

“This investigation has direct ties to the drug trade within the City of Kelowna, even though the search warrants were executed in the City of West Kelowna,” said Cpl. Jeff Carroll of the drug section.

BC has isolated thousands during pandemic

Vancouver man jailed 11 years in LA for fraud on seniors