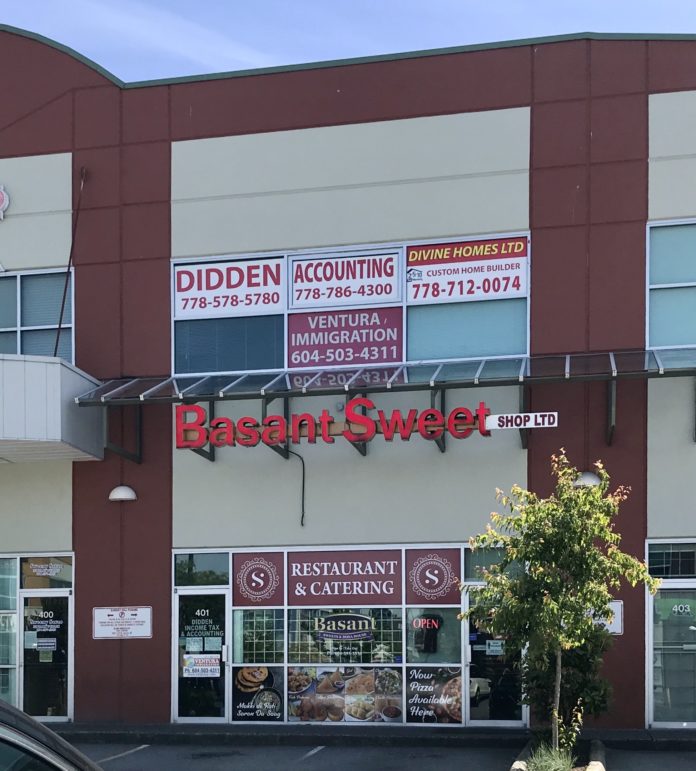 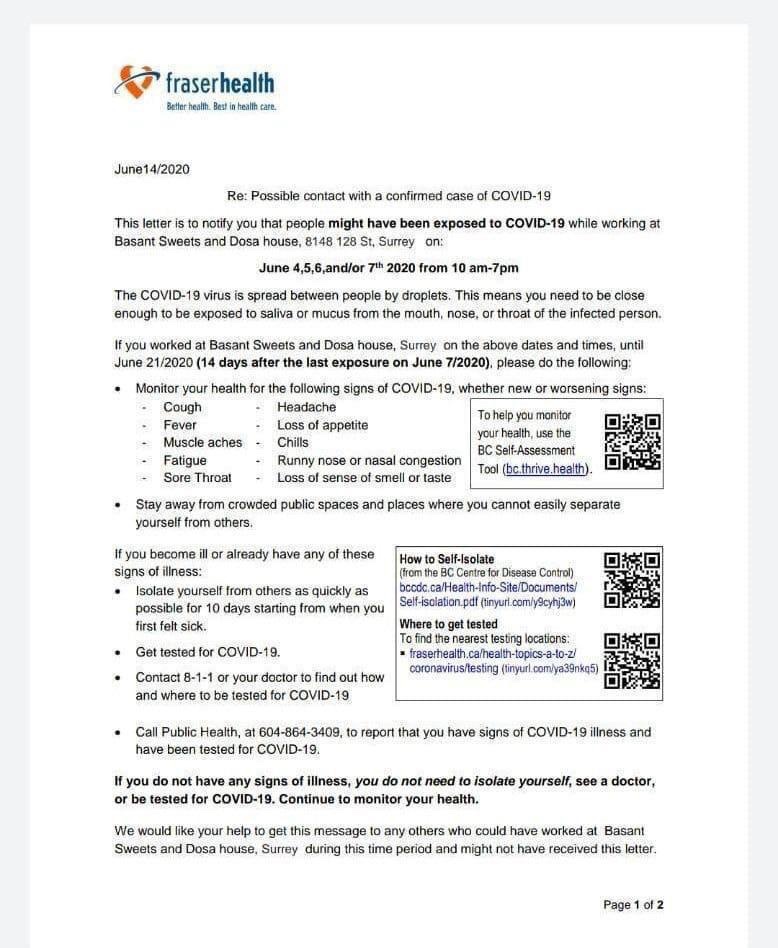 Surrey – An Indo-Canadian restaurant serving snacks in Surrey says a chef was isolated after showing symptoms of Covid-19.

Basant Sweets and Dosa House owner Sarabjeet Singh says he has been fighting rumours in the community that several people working at the restaurant had been isolated.

“There was only one person and he’s in isolation,” he said.

The restaurant serves Indian snacks and it has takeout as well as seating capacity of several people.

Another employee said the person who was taken ill had fever and flu-like symptoms around June 6.

The employee has to isolate for 14 days. The restaurant is safe for people, Sarabjeet Singh said.

She did not name the restaurant saying it was a small place.

A Fraser Health letter to an employee says they may have been in close contact with a confirmed case of Covid-19.

The person being notified was told the exposure occurred on June 4,5,6 or 7. The letter provides information about isolation.