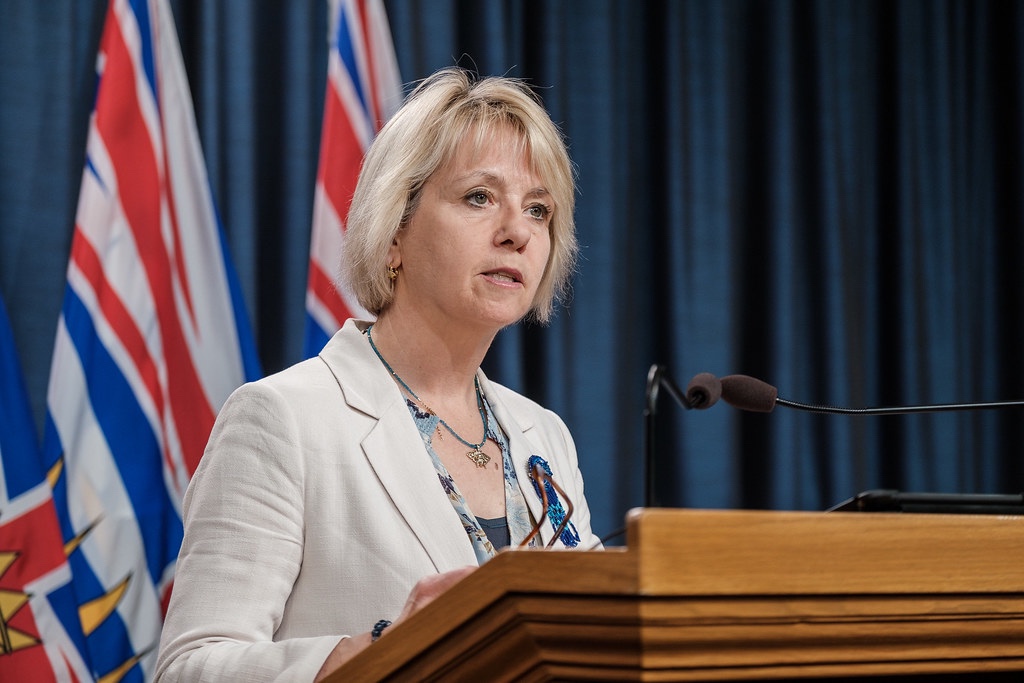 Victoria – BC has isolated at least 13,000 contacts of people infected by Covid-19 during the pandemic and some of these thousands went on to develop infections.

And now Dr. Bonnie Henry says the latest multiple clusters involving 70 people infected at gatherings and parties in Kelowna have generated 1,000 people who have been ordered to isolate.

This number of isolated contacts means that on average each of the infected persons had about 14 contacts to report – which makes the job that much tougher. And the figure is much higher than social contacts prior to March 15.

And this number of isolated ones will rise as some of them develop infections. It’s an illustration of the chain-reaction that occurs when an infected person is not immediately detected and isolated.

The onslaught of cases exposed some weak links in BC’s pandemic response, Henry’s own answers showed.

Contact tracers had difficulty finding many associated with the proven infected. Test results have a delay of at least 21 hours therefore there are delayed isolation orders.

“We have no new community outbreaks, however we now are following over 70 cases,” Henry said.

“It’s related to the community exposures in and around Kelowna over the last few weeks.

“As we all know, the BC COVID-19 curve is trending in the direction we do not want to go, and that is upwards…” she added.

She said people need to step back and look at things “we need to do to bend our curve back down where we need to keep it.”

“We have proven that we know how to do this. And now each of us needs to do our piece to make that happen.

Contact tracing is easier when only a few exist – as they did mid-pandemic (see chart).

But the Kelowna cases involved 20 to 30 people in some cases.

“For every case that has come up, and that is the situation that we have found ourselves in, in the last few weeks with each additional person.

It caused a scramble to hunt down contacts, she said.

“The time it takes us to find them, the potential for them to develop symptoms and pass it on to others is greater. Putting more people at risk,” said Henry.

“As a direct result of the recent community exposures in Kelowna there now close to 1,000 British Columbians in every health authority who are self isolating at home because they have been exposed to somebody who has been positive for this virus.

“This means these people are unable to work to see friends to leave their home, to enjoy the summer like the rest of us.”

Before March 15, people had about 10.7 contacts per case.

After people were asked to stay home as much as possible contacts dropped to 3.6 per case and it was easier to trace and isolate people.

Before March 15 only 2 per cent of contacts became infected. After March 15 secondary infection reached 7.4 percent.

All this means that just under 10 per cent of those who have been isolated will likely become infected. So infections for next few weeks are likely to stay high.

“So you can protect yourself and your friends and loved ones by protecting their household bubble, keeping those bubbles small, making sure you’re not exposing lots of people.

“Spending time with those you know and using our layers of protection or what is going to help us control the clusters and the transmission we’re seeing now and bend our curve back down.”

Some people have complained they can’t get tested in Kelowna. BC is sticking to its position that it’ll only test people exhibiting at least mild symptoms.

Across most of Canada testing is available to anyone who wants it, including asymptomatic folks.