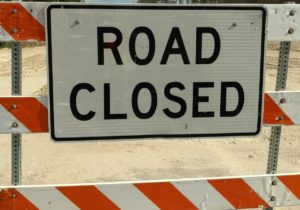 Don’t drive through flooded North Carolina – that’s the warning as flash floods trap hundreds of people who are being rescued as Florence dumps massive amounts of water across the state.

The warning to stay out of North Carolina comes from the state’s department of transport.

Jim Trogdon, secretary of the NC department of transport said: “We are asking out of state travellers to avoid driving through NC. I have never seen flash flooding like this in our state. It is making it difficult for for us to move valuable resources to areas of need.”

National Guard troops, Marines and out of state rescuers and others are attempting to rescue hundreds of people all along coastal and inland locations that have been flooded.

Some 741,000 homes and businesses have no electricity in what is described as a historic state-wide flooding situation. Much of this flooding is caused by the amount of rain pouring out of Hurricane Florence, causing streets to turn into lakes. Rivers are also cresting at record highs. Some rivers are expected to continue to rise as the now tropical storm moves at a snail’s pace.

Mike Sprayberry, head of North Carolina Emergency Management said: “We are currently engaged in large scale search and rescue missions in coastal counties. The flooding we are experiencing will only get worse.”

245 rescues had been carried out by the troops and other rescue workers by 12:45 p.m. local time. Hundreds more need to be moved from flooded areas that are under mandatory evacuation along coastal cities.

The national weather service said “the average walking speed is 3.1 mph, Florence is moving at 2 mph. As a result of the slow movement Florence is producing heavy rain and flash floods. Turn around, don’t drown.”

The FAA issued a warning to people not to fly drones around flood affected areas or else they’ll be fined $20,000 for interfering with rescue operations.

Many major roadways across the state have been closed due to flooding. Due to the current state of many roads, the governor has recommended that out of state motorists avoid traveling through NC and that those in the state avoid traveling if possible. #FlorenceNC pic.twitter.com/aDvv8xfH2q

Seniors in care to be allowed family visits after 100 days...