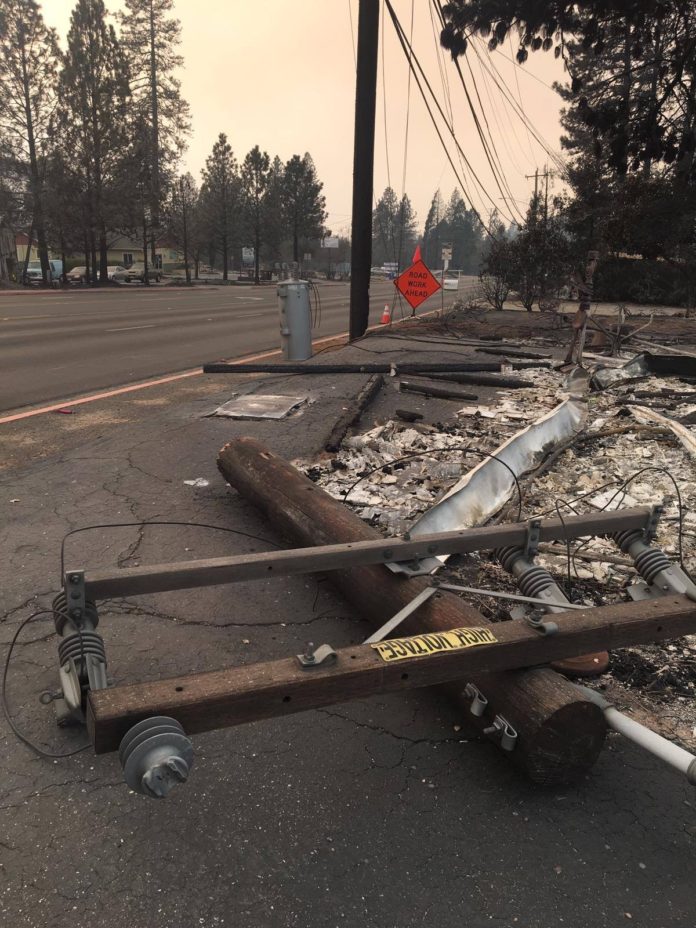 Paradise, CA – Cadaver dogs and hundreds of search and rescue personnel continue a grim search for remains as authorities confirm 56 deaths in the horrific Camp Fire.

The 56 fatalities in the Camp Fire that engulfed the town destroying thousands of homes is a historic high for California wildfires. All of the latest bodies were found inside or outside dwellings in Paradise.

47 of the dead have been identified while 130 people remain unaccounted for.

200 people on a missing list have been found safe, Honea told a press conference.

A private company hired to carry out rapid DNA identification is expected to begin work on Thursday.

128 burned vehicles left on roadways have been towed and identified.

People who believe their next of kin may have perished can provide DNA samples at Butte County Sheriff’s office.

138, 000 acres are burning with 35 percent containment. 5,473 personnel are deployed. 620 fire engines and 26 helicopters are helping containment.

Meanwhile, volunteer organizations continue to round up abandoned animals including horses.