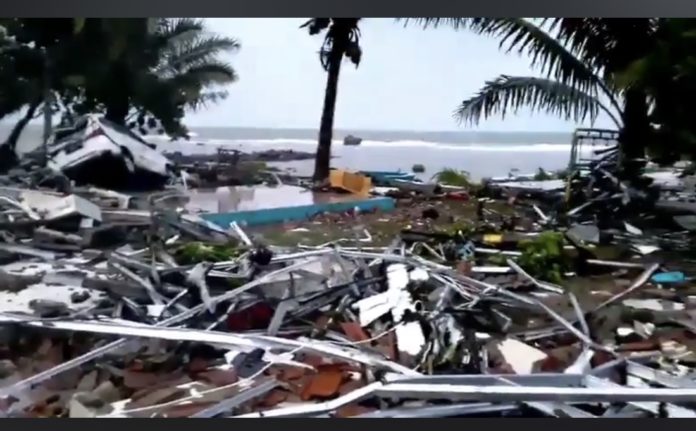 Jakarta – UPDATE – The number of victims and damage due to the tsunami in the Sunda Strait in Indonesia is mounting with 222 confirmed dead.

Rescuers are continuing to search for victims of a Tsunami on the Islands of Java and Sumatra which has so far known to have killed 168.

The tsunami in the Sunda Strait killed 168 with the number of dead likely to rise.

“745 people were injured, 30 people were missing, 556 houses were damaged and (there’s” other physical damage,” he said.

9 hotels have been heavily damaged with little known so far about guests.

“Handling continues. Evacuation of victims is still ongoing,” as authorities tried to search for people inside hundreds of homes lost to the wave.

The Anak Krakatoa is so named because it’s considered to be the child of the destructive volcano Krakatoa.

Indonesia is prone to natural disasters such as earthquakes and Tsunamis and poorly constructed homes and lack of heavy equipment usually cause a high casualty rate.