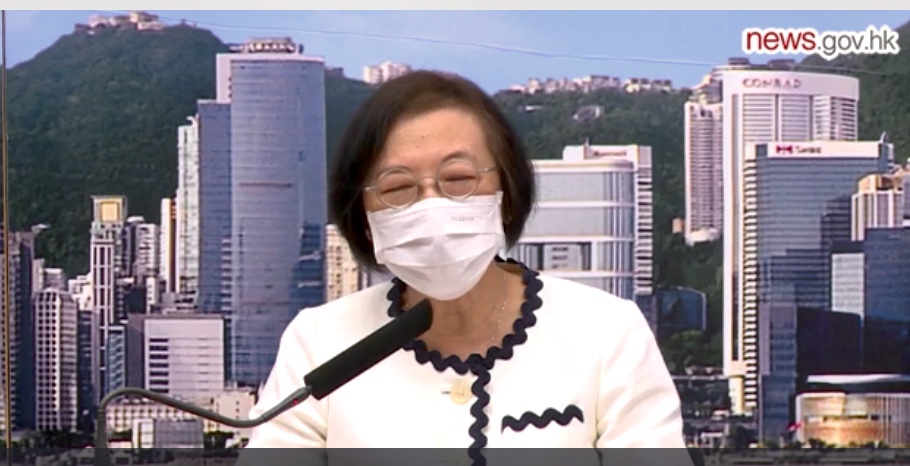 Hong Kong – A three-month-old boy is among a number of people admitted to hospital as Hong Kong tries to fight off a surge in Covid-19 cases.

Hong Kong will shut down all schools, and new guidelines have been issued for restaurants and karaoke bars, reducing available seating and increasing distancing.

The Centre for Health Protection (CHP) said 42 additional confirmed Covid-19 had been found. The number of Covid-19 cases is now 1,366.

Fewer cases were found over the past three days but the surge has prompted alarm.

The 3-month old male has been admitted to Princess Margaret Hospital. The child is asymptomatic but will be observed.

“The newly reported cases announced today involve 27 males and 15 females aged between three months and 95 years,” said a government statement. A list shows most of the newly infected are elderly.

Among them, eight had a travel history during the incubation period.

“The Government will tighten existing social distancing measures in view of a recent rise in the number of local COVID-19 cases,” Secretary for Food & Health Prof Sophia Chan said today.

Customers allowed into restaurants will be capped at 60%.

Each table will be limited to 8 people

“Of course, you know we have now downsized the number from no limit to eight people, so this is a suppression, this is a tightening measure,” Chan said.

For party rooms and karaoke establishments, the number in each room at the same time is tightened from 16 to eight.

For fitness centres, the number of people (including the coach) allowed in each group training or class at the same time is tightened from 16 to eight.

For clubs or nightclubs, the number of people who may be seated together at one table is tightened from eight to four.

Additionally, no eating or drinking will be allowed inside cinemas and all places of public entertainment with live performances.