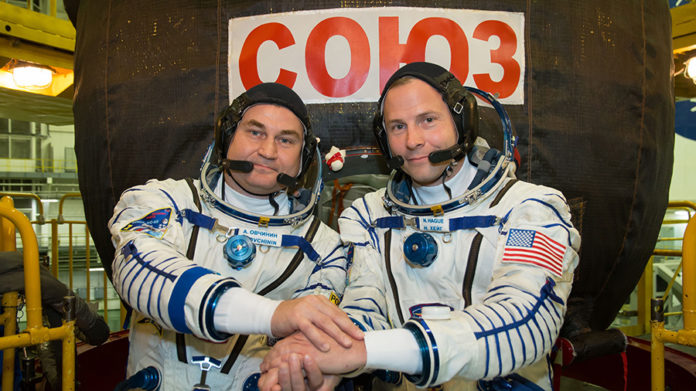 Kazakhstan – NASA says two astronauts who ejected their capsule when a booster rocket failed have landed after a “ballistic descent.”

The pair of astronauts, Russian Alexey Ovchinin and US astronaut Nick Hague, hsd touched down and were in contact with rescuers heading in their direction

They were on their way to the International Space Station when the booster rocket failed.

“Soyuz MS-10 launched from the Baikonur Cosmodrome in Kazakhstan to the International Space Station at 4:40 a.m. EDT Thursday, October 11 (2:40 p.m. in Baikonur), NASA said in a statement.

“Shortly after launch, there was an issue with the booster. Teams have confirmed the spacecraft separated from the booster and are in contact with the crew as the capsule returns in a ballistic decent mode.”

“Teams have confirmed the crew have landed and Nick Hague and Aleksey Ovchinin are in good condition.

“Search and rescue teams have been deployed to the landing site and are in contact with the crew.”

It’ll not be clear immediately if the two extremely lucky astronauts are hurt at all because of the ballistic descent.

There is no further word from NASA at this time.