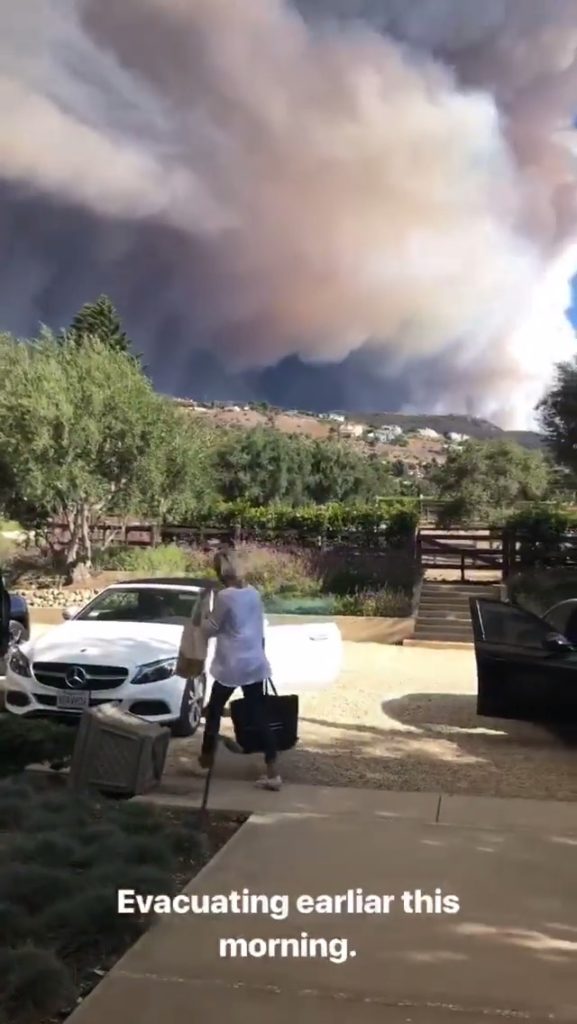 Paradise, CA – Update: The death toll in the Camp Fire affecting Butte County and Paradise city has jumped to 23 after 14 more bodies were found.

More than 110 are still missing.

Fire raced through this community north of Sacramento killing 23 people and destroying nearly 80 percent of the town.

In Malibu – which is under mandatory evacuation order – two people were found dead in a burned out car found on a long residential driveway.

Also in Malibu, celebrities have been forced to evacuate and some have lost their homes including Caitlyn Jenner. Lady Gaga posted above picture on Instagram as she left her home.

In Butte County and Paradise City, 35 people are still missing with social media packed with appeals for information about unaccounted for relatives.

Roads leading out of Paradise are littered with burned out cars raising fears that there’ll be additional fatalities once authorities search the destruction.

The situation is equally threatening nearer to LA and in Ventura County. thousands have been evacuated from the tragedy struck town of Thousand Oaks. A gunman shot dead 12 people one day before the fire began.

“All four victims were located in the Paradise area by BCSO detectives. One person was found inside a residence and three were found outside of residences. This brings the total number of fatalities to date to nine.”

Earlier five victims were found inside burned cars. Later 14 more bodies were found. The death toll is expected to rise.

“The preliminary investigation revealed that the victims were located in vehicles that were overcome by the Camp Fire. Due to the burn injuries, identification could not be immediately made.”

“Autopsies will be conducted to determine the circumstances of the deaths and to begin the identification process.”

“We understand that many people are very anxious to locate loved ones and we encourage residents to check safeandwellorg, check with family and friends, and if you’re still not able to locate loved ones, please contact BCSO at (530) 538-7322 to request a welfare
check or to file a missing person’s report.”

The latest bulletin from CalFire states 100,000 acres are burning with 20 percent containment of the Camp Fire.

6,435 homes have been destroyed in the Camp Fire  – a name used because the fire began on Camp Creek Road.

Along with single family homes 260 commercial buildings are lost and 15,000 additional structures are threatened.

Three firefighters have been injured along with the 9 confirmed civilian fatalities.

Closer to LA, the Woolsey Fire has forced the evacuation of thousands.

“LA County cities still under evacuation: Westlake Village, Calabasas, Hidden Hills, Malibu, Agoura Hills- Do not go back into those areas, because it is still not safe. Avoid area for your safety as well as the safety of the first responders,” the sheriff’s office said in LA.

CalFire said the Woolsey Fire north of Malibu and South of Simmi Valley is taking a heavy toll on homes. Among those burned are celebrity homes located closer to the beach. 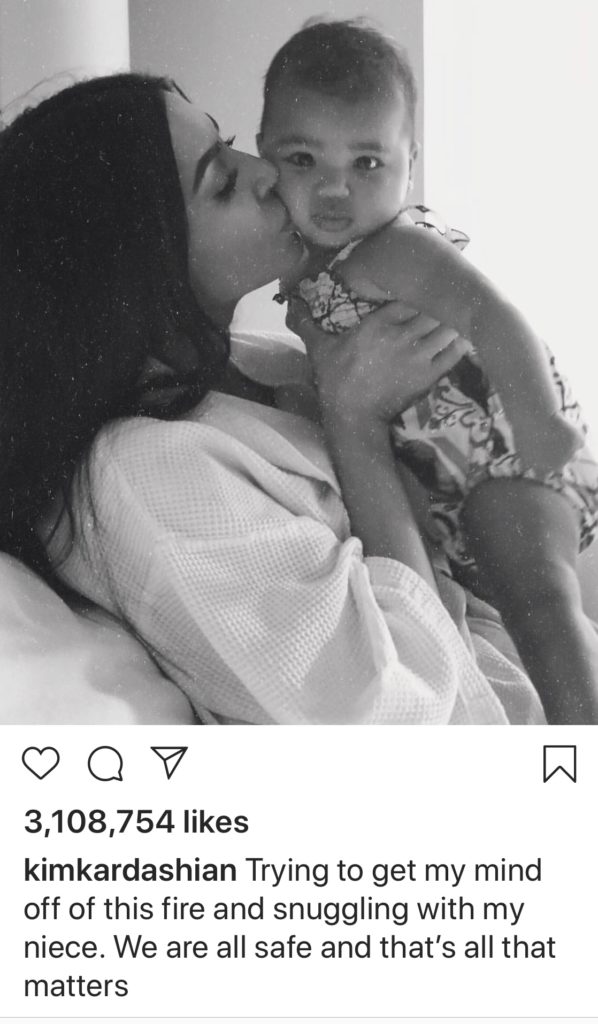 Numerous homes have been burned and 3,500 are threatened. This fire has caused major mandatory evacuations in Thousand Oaks where only a day before a former US Marine gunned down 12 people at a bar.

The Hill Fire nearby is threatening 400 structures but is smaller in size.

Reaching for a star – NASA probe to touch the Sun...

Car crash outside Houses of Parliament was an act of terror