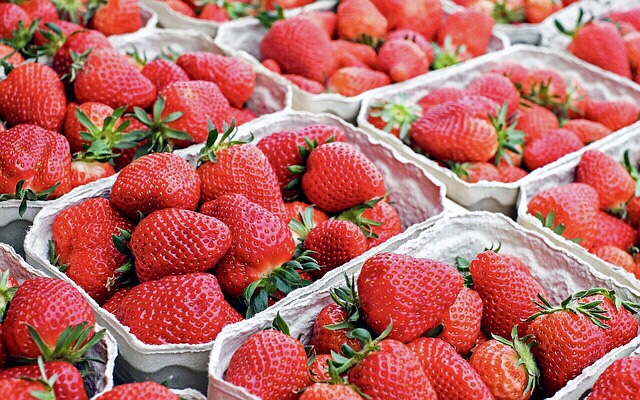 A young person, said to be a girl, 12, says she spiked strawberries in New South Wales as a prank.

But the girl will be dealt with through the juvenile justice system even as Australia’s Prime Minister threatened to up punishment for spiking food and produce from ten years to 15.

Some media reported the culprit was a boy, but the Daily Telegraph said a girl, 12, had confessed to the crime. Police have not cleared up the confusion.

PM Scott Morrison said the farming industry has suffered as a result of pranksters and copycats and fake claims on social media by people claiming they found needles in their strawberries.

“The NSW Police Force are warning the public of the serious penalties associated with deliberate fruit contamination as investigations continue into the insertion of sewing needles into strawberries,” cops said.

An investigation, which is now being led by Queensland Health, was launched on Wednesday 12 September 2018 to investigate reports of contaminated strawberries supplied from Queensland.

“Inquiries to date indicate the contamination affects three brands of strawberries – “Berry Obsession”, “Berry Licious” and “Donnybrook” – which were sold across Australia, including NSW. These three brands have since been recalled.”

While police have received reports of potential contamination impacting other strawberry brands, consumers are advised they are believed to be safe to eat, but to be sure, cut the fruit before consuming, said a police statement.

So far, NSW Police Force has received more than 20 reports of contaminated strawberries, which have been seized for forensic examination.

Police are urging anyone who has purchased contaminated product to take the punnet to their local police station immediately for triage and forensic examination.

If any member of the community is concerned about the integrity of the product they’ve purchased, it may be returned to the point of sale.

All relevant information is being collated in each state and provided to Queensland authorities to assist with their ongoing investigation.

Police have also received reports of contamination of other types of fruit, including a banana and an apple, which are being treated as isolated incidents.

The community is reminded that deliberately contaminating food is a criminal offence and a threat to public safety. In NSW, the maximum penalty for the offence is 10 years imprisonment.

Melbourne under curfew, State of Disaster in Victoria

‘I’m scared of this’ says Premier; 4.8 million in Melbourne lockdown for 6 weeks