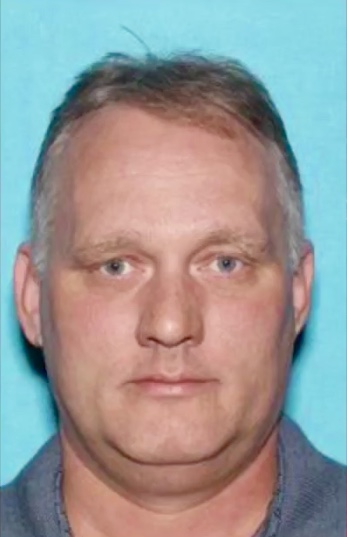 11 worshippers died in the Saturday morning shooting at the Tree of Life Synagogue in Pittsburgh and two others who are seniors suffered severe injuries.

Four policemen who rushed into the gunman’s bullets are unjured. Two are seriously wounded.

The FBI field officer Robert Jones said it was hate that motivated the synagogue massacre. He said officers will look everywhere including social media activity for clues. The district attorney’s office said charges are likely as soon as tonight. He also labelled it a hate crime.

In a social media group post, 46-year-old suspect Robert Bowers blame a Jewish group for supporting refugees coming into the country in an apparent reference to a caravan of refugees from central America.

He said he blamed the group HIAS for bringing “invaders” into the US. He added these invaders “kill our people.”

HIAS has been organizing refugee support during “shabbat” and a blog on HIAS posted on Oct. 24 said: “This past Shabbat, the growing Jewish movement for refugees was strongly evident in hundreds of communities across the country.”

“In synagogues, churches, JCCs, and other spaces, thousands dedicated sacred time and space to raising awareness about the global refugee crisis.

“Whether you were in Portland, Maine, or Bristol, Tennessee, Salt Lake City, Utah, or Santa Monica, California, there were multiple opportunities to learn, reflect, and ultimately take action for refugees and asylum seekers.”

Bowers appears to have believed messaging by Trump that the caravan from Central America carries Middle Easterners.

Sadly, it looks like Mexico’s Police and Military are unable to stop the Caravan heading to the Southern Border of the United States. Criminals and unknown Middle Easterners are mixed in. I have alerted Border Patrol and Military that this is a National Emergy. Must change laws!

Bowers then claimed in his post he’d not standby and let people come in to “to kill our people.”

Bowers had stated he did not vote for Trump. But he regularly posted venom towards Jews.

Trump said the incident at Pittsburgh would have been minimized if the synagogue had protection.

In New York and other major cities armed cops were stationed at houses of worship to protect from copycat attacks.

“While the nation awaits further details of what occurred initial reports  suggest that this senseless act of gun violence was an anti-Semitic attack and we stand together with the Jewish community in this difficult time as we always have before.

“As a precaution, I have directed State Police to increase patrols around Jewish centers and houses of worship across the state.”

“We, as a nation, must stand todether and stand adainst the corrosive and destructive forces of hate in all of its forms,” said Cuomo.

“Today words simply… I can’t express the sadness that all Pennsylvanians feel for what happened today,” Pennsylvania Governor Tom Wolf said in Harrisburg.

“I want to give my condolences first of all to the victims of this tragedy, the families, and their friends, and to this community.

“This shooting is being investigated by the FBI as a hate crime.

“My heart breaks for members of the Jewish community. Today all of Pennsylvania mourns with you.

“This shooting is being investigated by the FBI as a hate crime.

You can’t steal a Buddha without Karma catching up – 57...