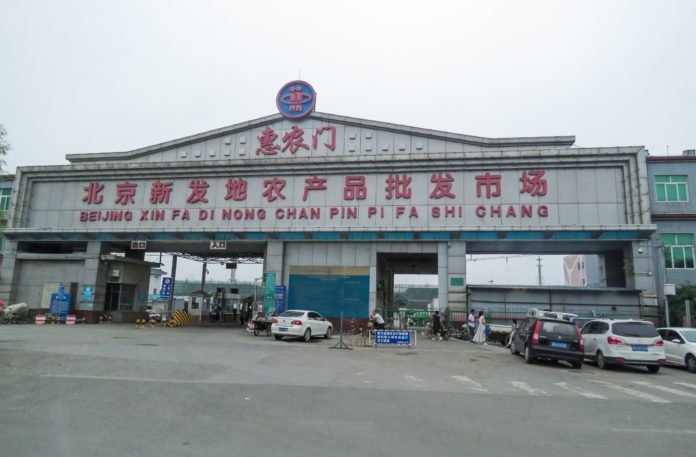 Geneva – The World Health Organization has asked China for details of a fresh outbreak of Covid-19 in Beijing, a city of 21 million.

According to the PRC, primary schools, sporting events and bus transportation set to resume on June 15 have been put off. The outbreak has sparked fears of a second wave of the deadly Sars-Cov-2 virus which began in Wuhan in December killing 430.530 globally.

“The first identified case had symptom onset on 9 June, and was confirmed on 11 June.  Several of the initial cases were identified through six fever clinics in Beijing.”

“Preliminary investigations revealed that some of the initial symptomatic cases had a link to the Xinfadi Market in Beijing.  Preliminary laboratory investigations of throat swabs from humans and environmental samples from Xinfadi Market identified 45 positive human samples (all without symptoms at the time of reporting) and 40 positive environmental samples.  One additional case without symptoms was identified as a close contact of a confirmed case.”

“All cases are in isolation and under care as needed, and contact tracing is underway.  Genetic sequencing of samples is also underway and rapid sharing of these results is important to understand the origin of the cluster and links between cases,” said the WHO statement.

WHO has offered support and technical assistance, as well as requested further information about the cluster and the investigations underway and planned.

According to a national news agency report carried on the National Health Commission of the PRC website, widespread testing is ongoing around the market which has been shutdown since Saturday. Beijing has also stopped the planned opening of primary schools and sporting events scheduled to start on June 15.

The report stated there are 98 testing labs in the city and have a daily testing capacity of 90,000.

11 residential compounds near the market have been locked down. Three primary schools and kindergartens have also been shut down.

The novel coronavirus spread globally after the world learned of a virus causing pneumonia-like symptoms on December 2019. Since then 7,807,734 people have been infected world-wide with 430,530 deaths in 188 countries.

Why poor are dying ten years earlier than the rich