Vancouver – A man’s arson crime was caught on a security camera.

Now, cops are hoping someone will recognize the arsonist who lit up a dry hedge at a home – ultimately causing $100,000 in damage.

“Just after 3 p.m. on August 21, the suspect is seen in the video walking in the east lane of Nanaimo Street at Copley Street, when he puts his hand into a dry hedge behind a residence and walks away, south down the lane,” police explained.

“Vancouver Fire and Rescue Services responded to the fire and put out the blaze, but it destroyed a hedge, two garages with vehicles inside, and a utility pole.”

Luckily, no one was injured.

“Setting a fire, in a residential neighborhood in the height of such a dry summer, was reckless and dangerous,” said Sgt. Jason Robillard.

“We are eager to identify this suspect as soon as possible.”

The suspect is described as an Aboriginal man, in his late 20s to early 30s.

He has a slim build and is about 5’10” tall. The suspect has a tattoo on the left side of his neck and may have tattoos on his arms. 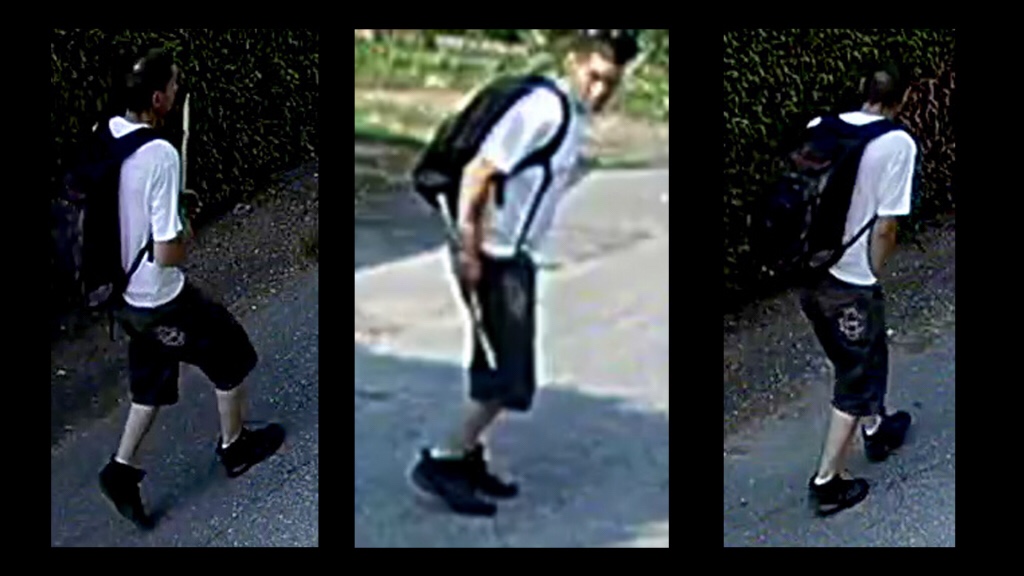 Woman worker at Rite Aid kills three, then herself in Maryland

Vancouver man jailed 11 years in LA for fraud on seniors

Nanaimo RCMP want you to watch this video and help catch...