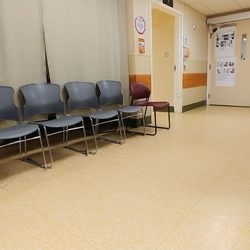 Vancouver – A patient transferred from Mission Memorial Hospital to Tabor Home In Abbotsford has died from a Covid-19 infection.

As more infections continue in senior care facilities, Holy Family Hospital reported 2 seniors dead and 37 others including staff with infections.

This total at Holy Family in Vancouver includes 8 staff and 29 seniors.

“Tabor home had one resident with COVID.  That resident has passed away,” a spokesman for the BC ministry of health stated.

The Tabor Home patient was transferred from Mission Memorial and later discovered to have an infection.

The ministry of health told Vancouverite that the infections at Maple Hill have now escalated to three, the single resident and two staff.

“The most recent numbers for Mission Memorial Hospital are six total cases – all in residents/patients,” said the spokesman.

The original tested infections at Mission Memorial were three. They were found after the Maple Hill resident fell ill. The original three were asymptomatic.

Of the 28 cases in Fraser Health – reported earlier 2 were in long term or acute care and 26 were in the community, the ministry said.

The ministry has declined to name the independent school that shut down in Fraser Region after one staffer developed Covid-19. Several other contacts are in isolation and being monitored.

“As for the independent school – Dr. Henry has said the following.  An outbreak would be declared if pubic health determined there was a risk to the public – they have not done so here – the contacts are in isolation and public health continues to monitor the situation,” the ministry spokesman said.

Dr. Henry pooh-poohed idea Sars-CoV-2 virus could be airborne – but...

Covid-19 testing stations to get more staff and longer hours as...