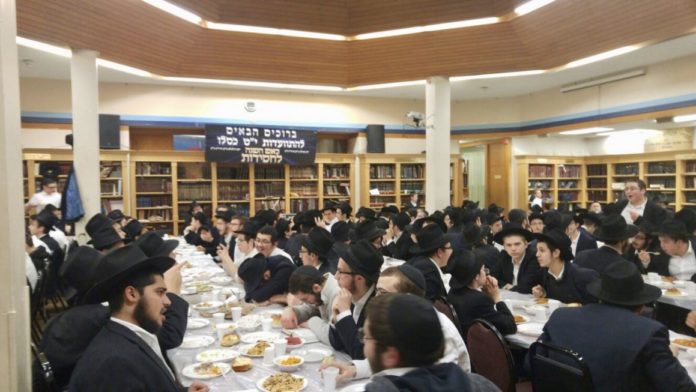 Prime Minister Justin Trudeau condemned the attack on the four 17-year-olds who were victimized by a gang of nine. One youth has been arrested.

“We must be on constant guard against this troubling resurgence of antisemitism, here at home or anywhere else,” Trudeau said on Twitter.”We thank Toronto police for their work and send our full support to the young students affected.”

Toronto Police Chief Mark Saunders described the attack as a hate crime and vowed to leave no stone unturned to bring the attackers to justice.

“On Sunday, November 11, 2018, at 8 p.m., officers responded to an Assault in the Fairholme Avenue and Bathurst Street area.”

Four, 17-year-old boys were walking in the area, all of whom were wearing attire of their religious faith.

As they passed another group of young persons, who were unknown to them, derogatory comments were made about their religion.

“The unknown group then assaulted two of the 17-year-old boys, punching and kicking them.”

A pair of sunglasses was stolen from one of the victims before the suspects fled.

“The victims of the assault received treatment for their injuries at the scene.

“The outstanding suspects are described as in their early teens.”

Marco Mendicino, MP for Eglington-Lawrence said he spoke with the local Rabbi and police.

“Spoke with Rabbi Wagner of Yeshivas Lubavitch to offer steadfast support for the young Jewish students who were victimized by this crime. Let’s be clear: we must continue to denounce Antisemitism everywhere and work harder to ensure that ours is a so,” he said.

The Jewish school attracts students from all over the world. One of those attacked was from the US.

Here’s our Chief ⁦@marksaunderstps⁩ on the ongoing investigation into an assault and robbery involving a group of young Jewish teens ^mg pic.twitter.com/stmi3kkS72

BC man charged with murder of Belgian tourist Amelie Sakkalis

Texas US Border Patrol agent accused of being a serial killer