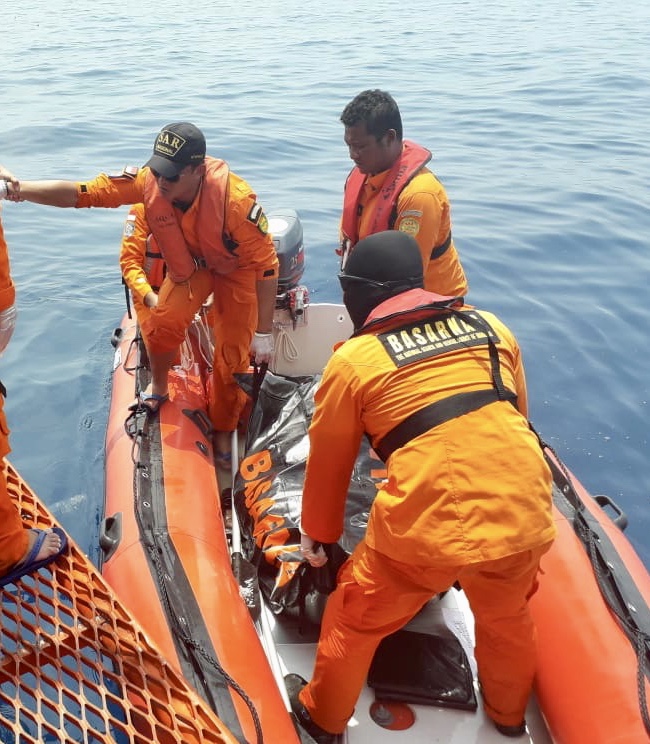 Jakarta – Human remains have filled 49 body bags as a search continues for the fuselage of crashed Lion Air Flight JT 610.

All 189 passengers and crew are feared dead after the aircraft fell from altitude and impacted waters just off Jakarta.

The aircraft broke up on impact with the sea, dispersing human remains, passenger belongings and airplane panels.

“As additional information related to handling Lion Air flight JT-610, until now Lion Air has received confirmation from the National SAR Agency (BASARNAS) as of October 30, 2018, which is 24 bags, so that the total to 48 bags.” Lion Air said in a statement that referred to body bags taken for forensic identification.

Another body bag arrived on Wednesday from searchers collecting victim parts from the surface of the water.

The main fuselage and cockpit have not been located but efforts are continuing to identify a 20-metre object approximately 30 metres below the water’s surface, an official said.

Lion Air said the body bags have been taken to a police hospital for forensic identification. (See picture at top of story)

“Henceforth the family of passengers and crew today continued to process identification (Disaster Victim Identification) at the Indonesian Police Hospital,” the airline said.

“Evacuation efforts of all JT-610 passengers, crew and aircraft that had an accident on (29/10) in Karawang, West Java continued to be carried out.”

Pictures and movies posted by the search and rescue agency show officials moving body bags. But it appears most are filled with body parts rather than complete bodies.

Relatives have been asked to help with identification by providing photos, DNA, physical marks, clothing at boarding and any other visual clues.

The Boeing 737-800 aircraft had reported problems on a previous flight but Lion Air said the problem was fixed.

According to data supplied by Aviation Safety Net the same plane on its doomed journey seemed to have wild altitude and speed configurations.

As a result the pilot may not have been able to fly the aircraft and literally fell into the water just 13 minutes after takeoff from Jakarta.

The flight was on an hour-long domestic route when it crashed.