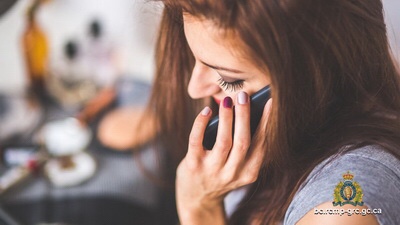 A man whose threatening, indecent phone calls left dozens of women living in fear has been arrested.

The suspect mostly called women at home. In some cases he called them at work.

He’d suggest that if they didn’t engage in dirty talk with him a member of their family would suffer harm.

He told them he had secretly planted recording devices in their homes.

“The troubling calls started in 2017. At times, the male caller accurately identifies the woman by name and address, and claims he has been watching her through cameras he allegedly installed inside her home. He then demands the woman engage in sexually explicit conversation with him, or the victim, or a family member would be killed. He is often described as speaking in a quiet voice.”

“While the suspect targeted women throughout the province, the majority of incidents occurred in the Lower Mainland,” said Cpl. Elenor Sturko.

On May 16, 2018, RCMP officers arrested the suspect following a complex and technical investigation.

The suspect was released without charges at that time and a comprehensive Report to Crown Counsel was submitted to the BC Prosecution Service for assessment.

“This multi-jurisdictional investigation was a coordinated effort led by the Surrey RCMP’s General Investigation Unit. Although these incidents took place across BC, it was an investigator in Surrey who identified key evidence linking all of the offences.”

“These incidents were very disturbing for the victims, many of whom were traumatised and felt unsafe in their own homes, ”said Staff-Sgt Kirk Duncan, of the Surrey RCMP General Investigation Unit.

“As we move on to the next phase of the judicial process, we hope that the many victims find some closure”.

BC banks paid out $30,000 for metal washers rolled up to look like toonies

Senior accused of bombing his own brother dies in jail

The strange story of a black man shot dead at his...