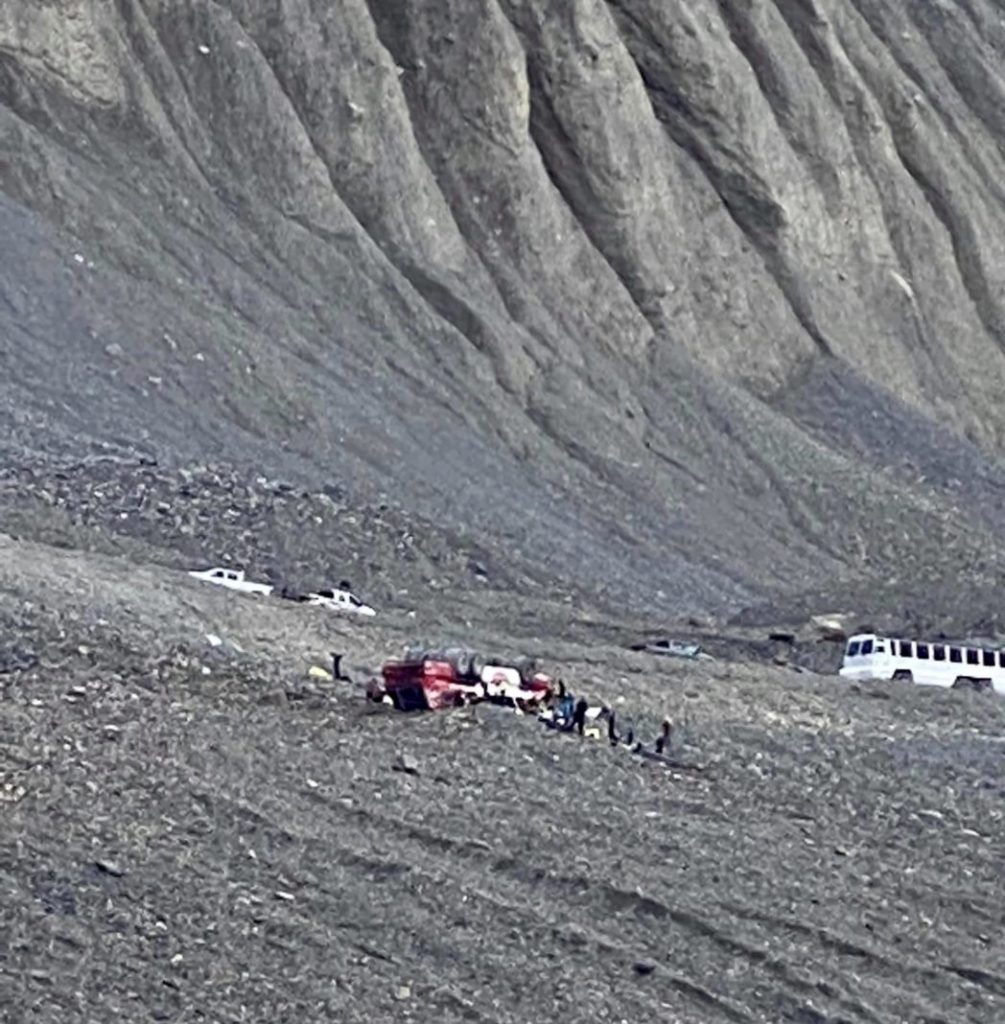 Alberta Health services said 14 of those evacuated were in critical and life-threatening condition.

The bus fitted with gigantic tires for the rocky terrain and capable of driving on to ice was owned by a company called Pursuit.

Eyewitness Randy Cusack was driving in the area at the time and stopped to look.

“In jasper and saw the tour bus rollover at the Columbia ice fields. Early reports don’t sound too good but I hope everyone is ok,” he said in a post on Facebook.

He also shared a picture of the bus which was upside down several metres from the road.

“Multiple EMS crews attended the tragic accident on the Columbia Icefield this afternoon. A total of 24 patients were transported to hospitals in Edmonton, Grande Prairie, Hinton and Calgary by EMS, and STARS,” AHS said.

The bus was carrying half of its capacity to comply with Covid-19 distancing rules.

“Saddened to hear of this accident in the Icefields. Thanks to STARS ambulance, EMS, front-line health workers, and Parks Canada staff for their quick action and care in responding.

“Prayers for all involved in the incident,” he added.

The Columbia Icefields area is close to the BC border in the Rockies.

There was no word on the fate of the driver.

RCMP in Jasper are investigating the tragedy with the help of an accident analyst.