Austin – Texas, the biggest state in contiguous US, has hospitalized 10,848 people suffering symptoms of Covid-19.

4,151 have died so far, and the state with the second largest population in the US reported over 9,000 new cases.

131 people died on Tuesday with the total death toll reaching 4,319.

“Of the new cases reported by Public Health today (excluding Long Beach and Pasadena), 57% occurred in people under the age of 41 years old.”

“This continues to confirm younger people are driving new infections and spread of COVID-19.”

“This is the third consecutive day of over 2,200 hospitalizations.” 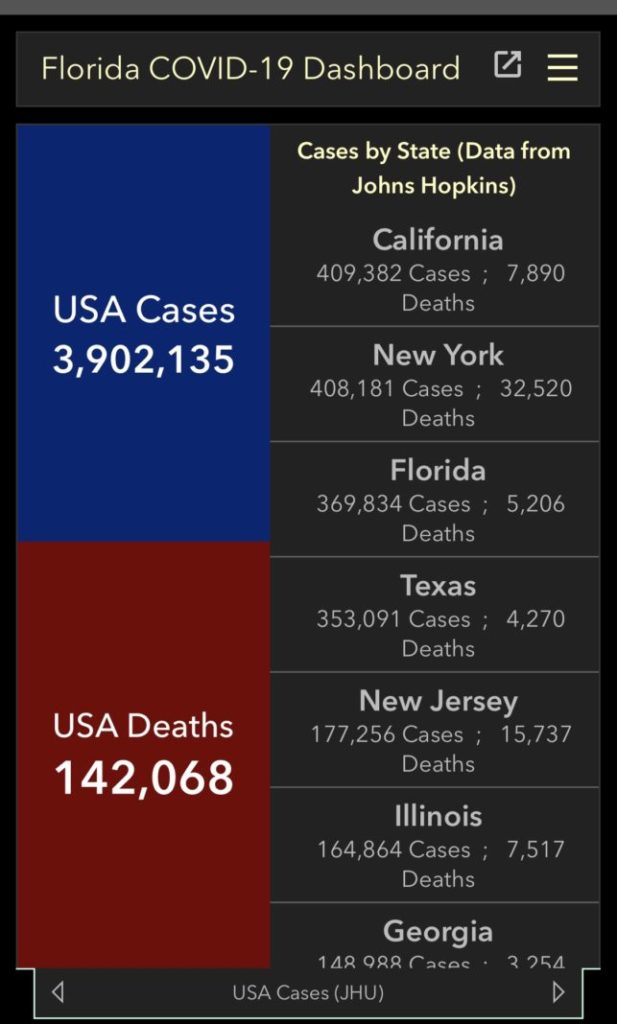 California has 40 million people, a population larger than Canada’s. More than 7,000 are in hospitals.

While California now has more infections than New York State, the death toll is still far smaller than NY State where 32,218 died.