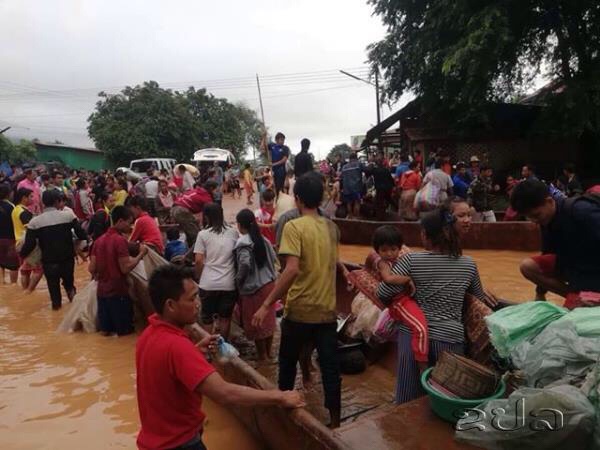 Hundreds are missing or dead after a dam under construction in southern Laos collapsed.

The communist country’s Prime Minister Thongloun Sisoulith and other government officials are in the district to monitor the rescue and recovery effort, KPL stated.

“5 billion cubic metres of waters with several houses in the southern part of Sanamxay swept away, several human lives claimed, and several hundreds of people missing.”

Laos is a communist country that is one of the poorest nations in south-east Asia.