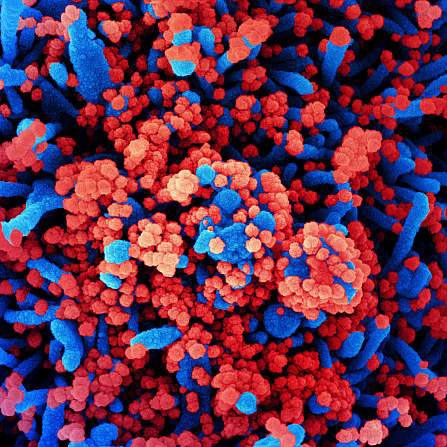 Southampton – A British company says an inhaled variation of Interferon Beta that it has made reduces the risk of severe disease by 79% in Covid-19 patients.

A briefing for journalists is scheduled for today.

Variations of Interferon are widely used in cancer and viral disease. It’s also used in MS.

The novel idea here is to use it as an inhaled product to enhance lung cells signalling ability that’s defeated by the Sars-CoV-2 virus that causes Covid-19.

The company said in a statement that its “wholly-owned inhaled formulation of interferon beta, in hospitalised COVID-19 patients saved lives.

This would be the first drug to induce such effectiveness if regulators confirm the findings.

Richard Marsden, CEO of Synairgen, said: “We are all delighted with the trial results announced today, which showed that SNG001 greatly reduced the number of hospitalised COVID-19 patients who progressed from ‘requiring oxygen’ to ‘requiring ventilation’.

“It also showed that patients who received SNG001 were at least twice as likely to recover to the point where their everyday activities were not compromised through having been infected by SARS-CoV-2,” he said.

“In addition, SNG001 has significantly reduced breathlessness, one of the main symptoms of severe COVID-19.”

“This assessment of SNG001 in COVID-19 patients could signal a major breakthrough in the treatment of hospitalised COVID-19 patients. Our efforts are now focused on working with the regulators and other key groups to progress this potential COVID-19 treatment as rapidly as possible.”

The double-blind placebo-controlled trial recruited 101 patients from 9 specialist hospital sites in the UK during the period 30 March to 27 May 2020.

“The odds of developing severe disease (e.g. requiring ventilation or resulting in death) during the treatment period (day 1 to day 16) were significantly reduced by 79% for patients receiving SNG001 compared to patients who received placebo.

“Patients who received SNG001 were more than twice as likely to recover (defined as ‘no limitation of activities’ or ‘no clinical or virological evidence of infection’) over the course of the treatment period compared to those receiving placebo.”

“Over the treatment period, the measure of breathlessness was markedly reduced in patients who received SNG001 compared to those receiving placebo.

“Three subjects (6%) died after being randomised to placebo. There were no deaths among subjects treated with SNG001.”

Interestingly, the efficacy analyses indicate there is no evidence of an association between the SNG001 positive treatment effects and prior duration of COVID-19 symptoms.

Further analysis will be conducted over the coming weeks and reported in due course.

“The results confirm our belief that interferon beta, a widely known drug that, by injection, has been approved for use in a number of other indications, has huge potential as an inhaled drug to be able to restore the lung’s immune response, enhancing protection, accelerating recovery and countering the impact of SARS-CoV-2 virus,” said Prof. Wilkinson.

“Recognising that SARS-CoV-2 is known to have evolved to evade the initial antiviral response of the lung, our inhaled treatment of giving high local concentrations of interferon beta, a naturally occurring antiviral protein, restores the lung’s ability to neutralise the virus, or any mutation of the virus or co-infection with another respiratory virus such as influenza or RSV, as could be encountered in the winter if there is a resurgence of COVID-19,” said Professor Stephen Holgate – Medical Research Council Clinical Professor of Immunopharmacology at the University of Southampton.