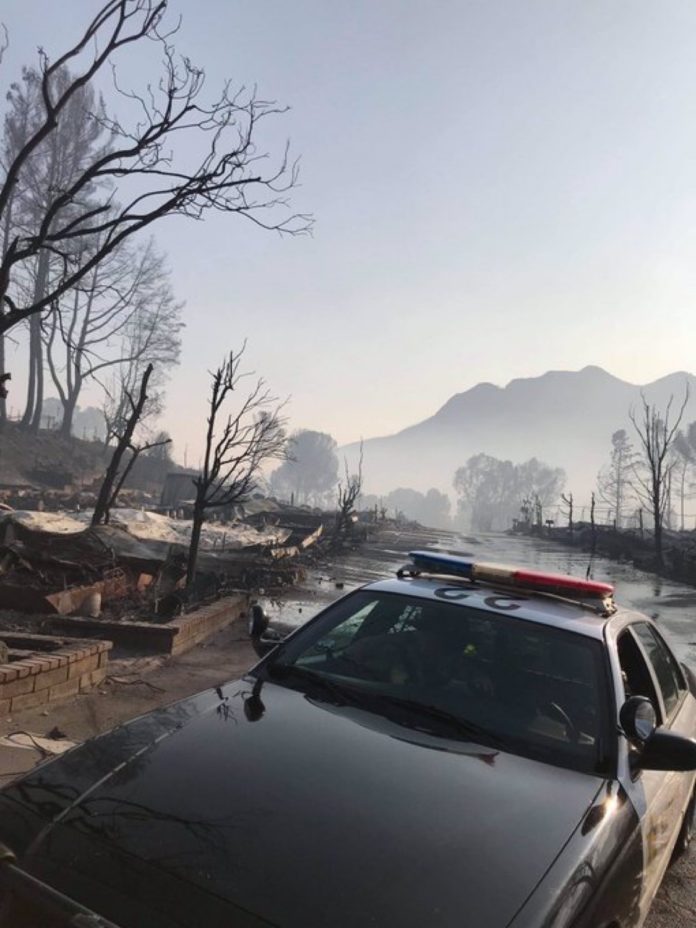 Oroville, CA –  Dozens of fire evacuees housed in shelters after escaping with their lives from the Camp Fire have now been hit with intestinal illness caused by Norovirus.

Meanwhile, 7 additional human remains discovered on Thursday took the Camp Fire death toll to 63 with expectation that figure will jump. Cadaver dogs and search personnel are going through the ashes of destroyed homes to search for victims.

9,700 single family homes have been destroyed along with 118 multi-family dwellings and hundreds of businesses.

A majority of the dead have been tentatively identified but authorities want to make sure with DNA confirmation.

“As of Wednesday evening, there were 41 people experiencing symptoms at the following shelters:

“The number of sick people is increasing every day. Twenty-five people have been to the hospital for medical support.”

Many of those who have fallen ill are staff manning the shelters.

“The outbreak has been identified and confirmed by the Butte County public health laboratory to be the Norovirus which is highly contagious. Norovirus spreads through touching surfaces contaminated with the virus, close contact with someone who is infected, or eating contaminated food or drink.”

“There is no medication to get rid of the virus and there is no vaccine. Most people are sick for 1-3 days and get better without medical support,” she said.

“Seniors, young children, and people with chronic diseases can suffer from more severe illness, may get dehydrated, and require medical support. Norovirus particles are extremely small and billions of them are in the stool and vomit.”

Additional medical staff have been called in to provide education and assistance to those in shelters to try and curb the outbreak.

Air pollution poses a risk of long term health damage in many parts of California with masks being given out free in some areas. Smoke particles known as pm2.5 or smaller can penetrate the bloodstream.