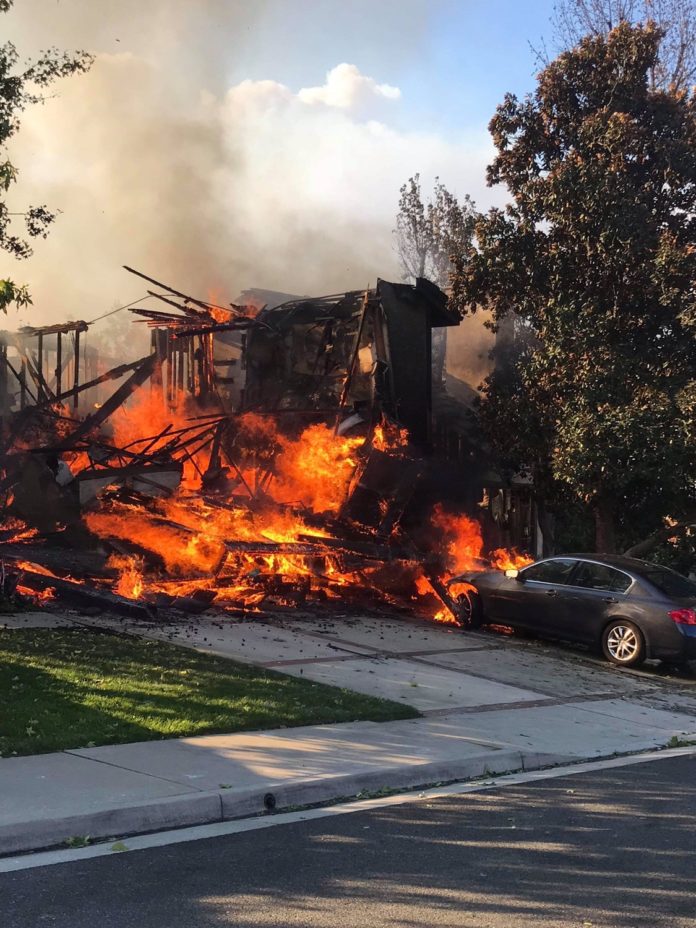 This very graphic video shows the dangers of a fast moving fire and how important it is to leave affected areas after fire officials declare an evacuation order. "The fire came so quickly. One minute it was calm and then suddenly they were on top of us," Rebecca Hackett said. pic.twitter.com/bCGYmgtxVf

Paradise, CA – The fire death toll in North-central California has climbed to 42 with the discovery of 13 sets of human remains on Monday.

The figure released on Sunday was 29 dead in the Camp Fire that practically destroyed the town of Paradise in Butte County north of Sacramento.

The Sheriff’s office has called in mobile mortuaries, search and rescue teams as well as cadaver sniffing dogs to intensify the search and identification process.

More than 140 search and rescue staff, and pathology experts have been called in to assist with the death toll expected to mount.

The Camp Fire is now the deadliest fire in California wildfire history surpassing 29 dead at Griffith Park in LA in 1933.

Some 6,500 homes and 300 businesses burned down. 60 abandoned cars have been towed away. Many burned vehicles have not been identified.

Three of the dead have been identified.

“BCSO Detectives have positively identified 4 sets of human remains. We have been able to locate and notify Next of Kin for three of the four deceased individuals,” a statement said.

In the two fires around LA the death toll stands at 2. Both those victims were found in burned vehicles.

About 1,000 people have been reported missing in Butte County and more than 200 inquiries have been cleared.

Below are photos from the Woolsey Fire around west LA.

Trump tells Congress no need for Canada in trade deal