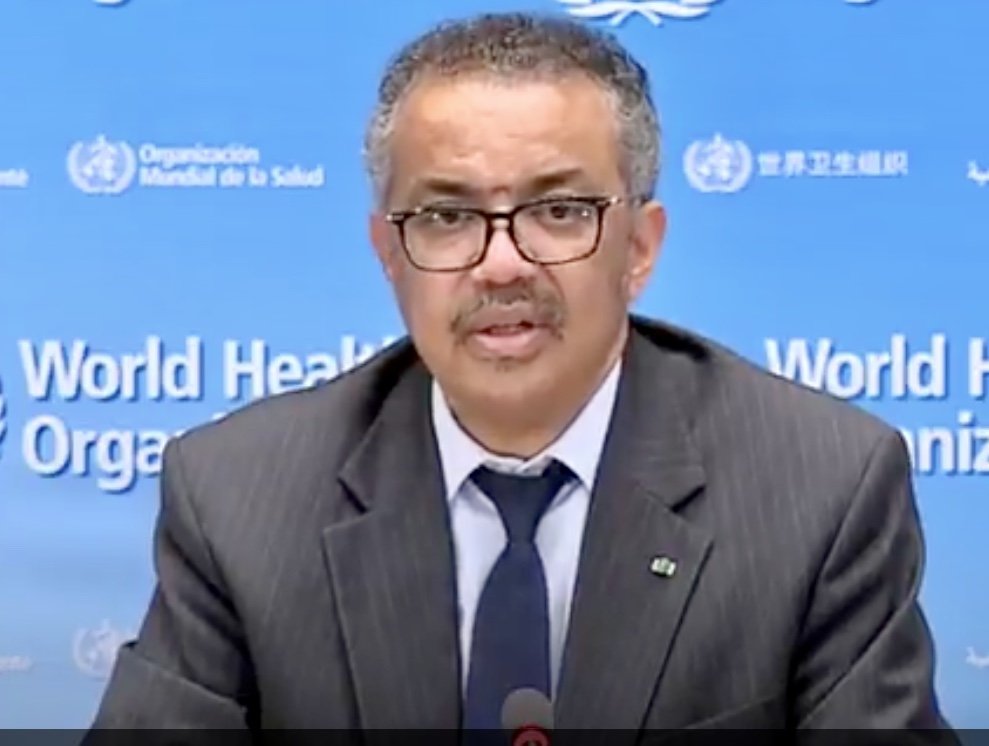 Geneva – Mixed messages from leaders have eroded public trust in the fight against the Covid-19 pandemic, Dr. Tedros, director-general of WHO says.

In a blunt message seemingly aimed at leaders of the ‘Americas’ – Tedros said 50 per cent of transmission was now occurring in these continents.

“Yesterday, 230 thousand cases of Covid-19 were reported to WHO,” he said.

“Almost 80% of those cases were reported from just 10 countries, and 50% come from just two countries,” which appeared to reference the United States and Brazil.

“We’re seeing this across the Americas, South Asia, and several countries in Africa”

“The epicentre of Covid-19 remains in the Americas where more than 50% of the world’s cases have been recorded.

“Let me blunt, too many countries are headed in the wrong direction,” Tedros said.

“Covid-19 remains public enemy number one, but the actions of many governments and people do not reflect of this.

“Mixed messages from leaders are undermining the most critical ingredient of any response: trust.”

“If governments do not clearly communicate with their citizens and roll out a comprehensive strategy focused on suppressing transmission and saving lives;

“If populations don’t follow the basic public health principles of: physical distancing, handwashing, wearing masks, coughing etiquette and staying home when sick – If the basics aren’t followed, there’s only one way this pandemic is going to go.

“It’s going to get worse and worse”

There will be no return to the “old normal” for the foreseeable future. But there is a roadmap to a situation where we can control #COVID19 and get on with our lives. No matter where a country is in its epidemic curve, it is never too late to take decisive action. https://t.co/qz4s8KWsYV pic.twitter.com/qxd3tsgAuf

“Several countries in the Mekong region, the Pacific, the Caribbean and Africa fit into that category,” of nations that controlled the virus.

“They pursued a comprehensive strategy to find, isolate, test and care for cases, and to trace and quarantine contacts, and were able to suppress the virus”

“Many countries in Europe and elsewhere have demonstrated that it is possible to bring large outbreaks under control,” he added.

“In both of these two situations, where countries have effectively suppressed #COVID19, leaders are opening up their societies on a data-driven, step-by-step basis, with a comprehensive public health approach, backed by a strong health workforce and community buy-in”