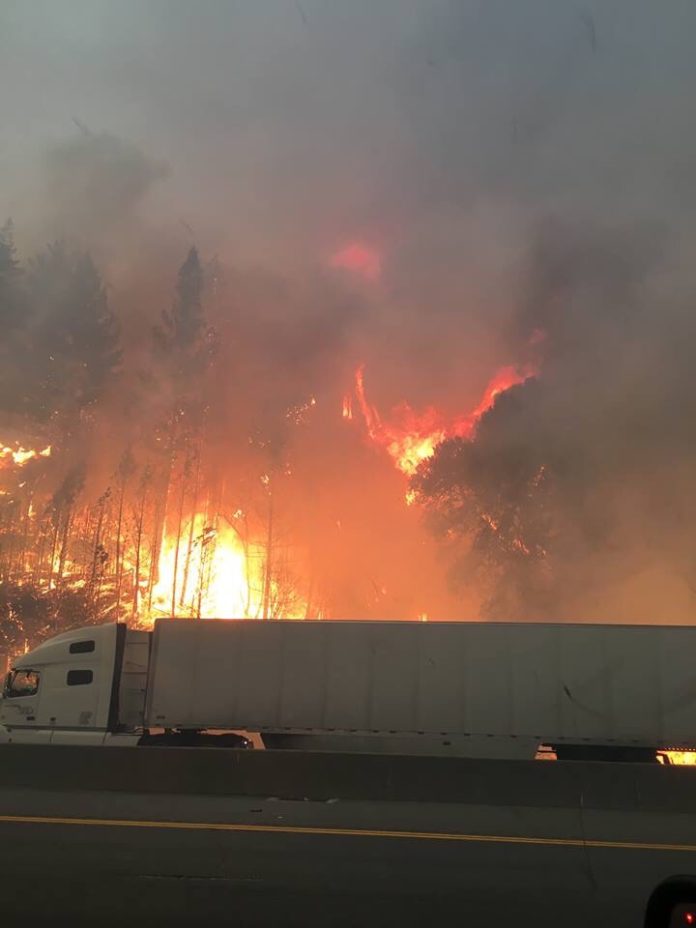 Redding, CA – Evacuations are under way and northbound as well as southbound Interstate 5 traffic is disrupted by a new fire.

“The Shasta County Sheriff’s Office is conducting evacuations on both sides of I-5 north of Lakehead to the Shasta/Siskiyou county line,” said a statement.

“Interstate 5 is closed from 10 miles north of Redding at Fawndale Road to 3.6 miles south of Mount Shasta at Mott Road,” authorities said on Wednesday afternoon.

“Motorists are advised to use an alternate route.”

The Delta Fire is burning near Interstate-5 near the Vollmers Exit north of Lakehead.

There are reports of chaotic scenes and burning trucks in the fast moving fire. One report said California Highway Patrol was trying to locate two Patrol cars that may have been cut off by the fire. This report could not be confirmed.

Interstate 5 is one of highest traffic routes into and out of California.

Interstate 5 begins at the Canadian border and ends at the Mexican border.

#DeltaFire My husband was stopped due to hay truck on fire. He saw the fire come down the hill, barely got out. A heroic cpl picked him up. While they were weaving in traffic trying to get away from the flames, a deer ran out in front of them & he was on fire. 😢

Interstate 5 is open as Delta Fire continues to grow

Could be months before Thai kids are out of dark cave